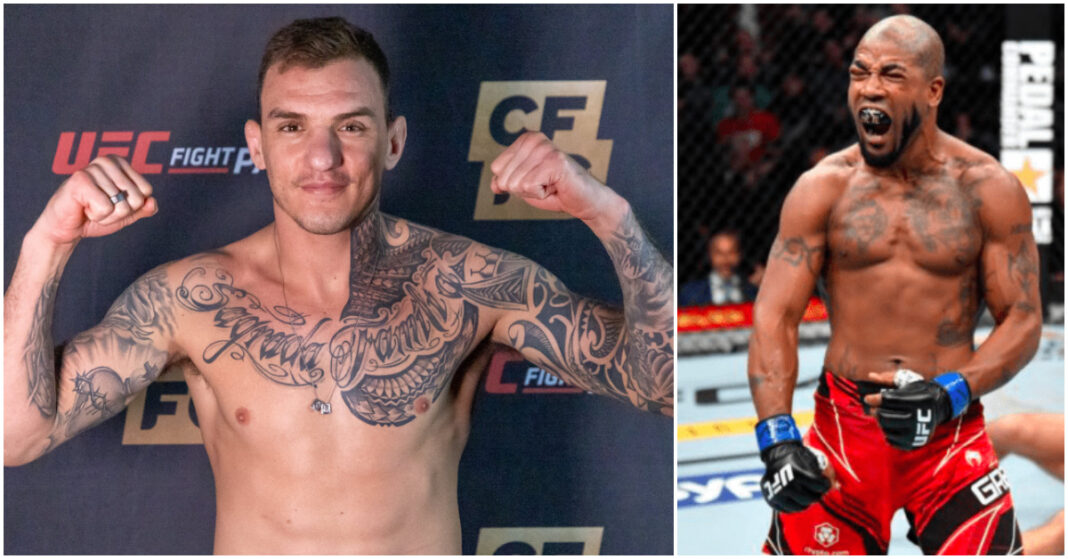 UFC lightweight fighter Renato Moicano is looking to make as much money as he can in the sport as he called out Bobby Green for his next fight.

Moicano stepped in to face Rafael dos Anjos on short notice in his most recent fight at UFC 272 this past month. Although the fight was a lopsided unanimous decision in RDA’s favor, Moicano did well to win the final round and endear himself to the fans. He already has a name in mind for his next possible opponent in the seasoned veteran Bobby Green.

In an interview with Combate, Renato Moicano made his intentions clear about wanting a better deal with the promotion once his current one expires and even make an attempt to get a bigger purse for the remaining two fights on his contract.

“I have two fights left on my contract. One more win and we’ll ask for more money. At the end of the day, that’s what matters. The dream of becoming a champion is nice, but it doesn’t pay the bills. The dream alone doesn’t.

Renato Moicano calls out Bobby Green for his next fight

With two fights left on his contract, Renato Moicano looks to strike one off against Bobby Green in his next fight. Both fighters are similar in the sense that they are recognized, no longer in the rankings, and recently fought at the same show.

“We both had tough fights on the same night. So it’s the same waiting time for the both of us. We’re out of the rankings, but we’ve had great showings.

“It’s a fight that makes sense and I want to take advantage of his hype, too. It’s a winnable fight. I’m better everywhere. I want a main event and I want to put my name on the top. I want to show the UFC I’m ready for anybody. The good guys and the bad guys.

“I want to go back in June or August. I’m going back to the United States on April 8th. I’ve been training lightly getting back on my routine. I’m starting to feel annoyed that I don’t have a routine. Human beings are so annoying, we’re always complaining. Meanwhile, I’m trying to learn new things. Pick some capoeira, maybe some tae kwon do.”