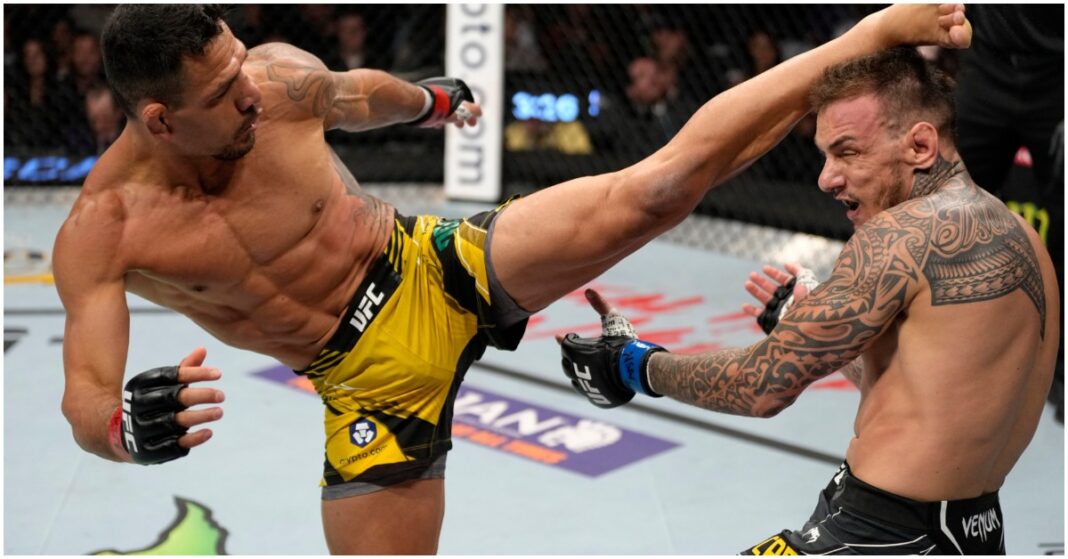 The former lightweight champion used his wrestling and aggressive ground strikes to dictate the bout from the first bell.

Referee Marc Goddard looked like he wanted to stop the fight on a couple of occasions but he ultimately allowed Moicano to see out the five-round fight.