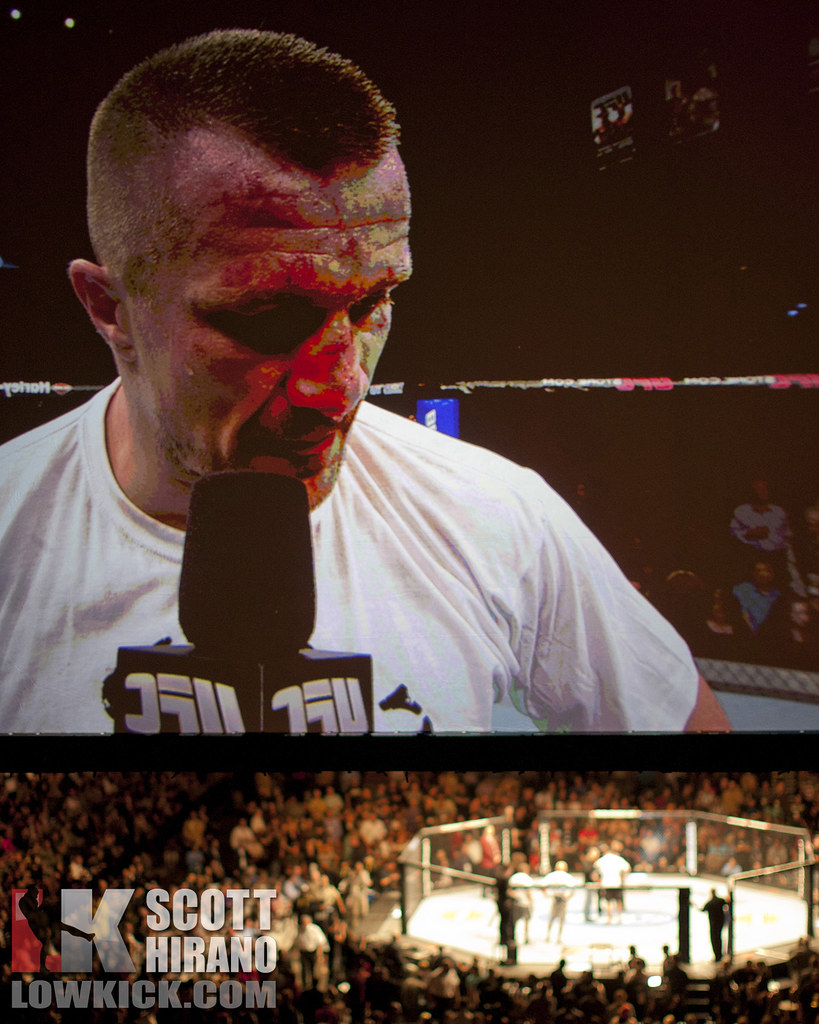 When I was ten years old my uncle bought me a brand new Playstation game that has helped blossom my love and interest in combat sports.  K-1 Revenge came out in 1999 and it introduced me to many kickboxing legends that I admire and still enjoy watching today. Names like Ernesto Hoost, Peter Aerts, the late Andy Hug, Mike Bernardo, and many more. One name in the game that really stood out to me at the time was Mirko Tiger. Not because of his style or the way he played, but it was his name itself that I just found to be very cool. He wasn’t the best fighter in the game, but the ring announcer mentioning the name ‘Mirrrrrkooooooo Tiiiiggggeeeerr’ has always stuck in my head.

Eventually I got older, found out that his real name was Mirko Filipovic, became more familiar with his kickboxing accomplishments, and of course his run in PRIDE. The man who would later be best known as ‘Cro Cop’ began his kickboxing career in 1996 following in the footsteps of fellow Croatian legend Branco Cikatic. The southpaw of course got the nickname Cro Cop from his days working as a commando in the Croatian polilce anti-terrorism unit.

Although Mirko’s K-1 Kickboxing career is very respectable, he’ll always be remembered as that guy who couldn’t reach to the top of the mountain and get past the likes of Andy Hug and Ernesto Hoost who at the time were the kings of Kickboxing. In 2001, he was TKO’d in the first round by Canadian underdog ‘The Black Sniper’ Michael McDonald (someone I’ve had the honor and privilege of studying kickboxing under). Right after that fight, Cro Cop was slowly making the transition from Kickboxing to MMA. He had three high profile wins against the likes of 2001 K-1 WGP champion Mark Hunt, 3-time K-1 WGP champion Remy Bonjasky, and legendary freak show act Bob Sapp.

In my opinion fans and observers will best remember Mirko’s time in PRIDE, where he was one of the best and earliest elite strikers to make the jump to Mixed Martial Arts (the original being former UFC Heavyweight Champion Maurice Smith).  At the time he wasn’t happy with his pay in K-1 and wanted to try something new. He also left his job with the anti-terrorism unit in Croatia to fully focus on his fight career. Right away, Cro Cop was thrown into the fire taking on the likes of Kazushi Sakuraba, Heath Herrig, Igor Vovchanchyn, Antonio Rodrigo Nogueira, Kevin Randleman, and Alexander Emelianenko. In 2004, he recruited two time world BJJ champion Fabricio Werdum into his camp to help improve his game, and it made him an even greater threat.

Cro Cop knew that his best chance to win fights were of course on his feet. At the time he had one of the best sprawls in the game, amazing submission defense, and the ability to scramble out of dangerous positions from the ground to take it back standing. 2004-2006 Mirko Cro Cop was number three in the heavyweight rankings according to most major websites and magazines at the time. He beat Josh Barnett twice, avenged his previous loss to Kevin Randleman with a surprising guillotine choke, KO’ed prime Mark Coleman into next week, destroyed the legs of Judo Gold Medalist Hidehiko Yoshida with kicks, and kicked Wanderlei Silva’s head into the 2nd row in a rematch. That same night he beat Josh Barnett a third time to capture his greatest achievement which was the 2006 PRIDE Open-Weight Grand Prix title. But just like his kickboxing career, the best of the best prevented him from being at the very top of this sport. Cro Cop vs. Fedor Emelianenko to this day is considered one of the greatest heavyweight fights in our sport’s short history. His one and only bout with Minotauro Nogueira was early in his career before  he started training in Jiu-Jitsu with Fabricio Werdum.

By the time he reached the UFC, he wasn’t the same Mirko Cro Cop that fans knew and loved from PRIDE. He TKO’ed Eddie Sanchez, but then got a taste of his own medicine against Gabriel Gonzaga, and lost a decision to Cheick Kongo. He returned to Japan for three fights with DREAM beating Tatsuya Mizuno, fighting in a no contest with Alistair Overeem, and kicked the legs out of Hong-Man Choi. He was then invited back into the UFC, beating the likes of Mostapha Al-Turk, Anthony Perosh, and Pat Barry, but lost to elites like Junior dos Santos, Frank Mir, Brendan Schaub, and in his last fight Roy Nelson. It was clear, the glory days were over, and after being a professional fighter for almost over 15 years, his body was starting to betray him, and he couldn’t absorb the punishment like he used to.

I personally will remember very fondly Mirko Filipovic’s days in K-1 and PRIDE. He was one of the first true elite strikers to find success in Mixed Martial Arts and has head kicked doors for the likes of Tyrone Spong, Cosmo Alexandre, Andy Souwer, and Gokhan Saki who are now making the jump into this sport. He wasn’t at his best during his time in the UFC, but even then I couldn’t not clap my hands to the beat of Duran Duran’s ‘Wild Boys’. His signature checkered shorts, “right kick hospital, left kick cemetery”, his music, and the fear he brought to his opponents who dare stood with him. I’ll never forget. Thanks for the memories Mirko Filipovic and all the best to you and your family.