LowKickMMA.com
Home MMA News Poll: Did Ronda Rousey Buy Into Her Own Hype At UFC 193? 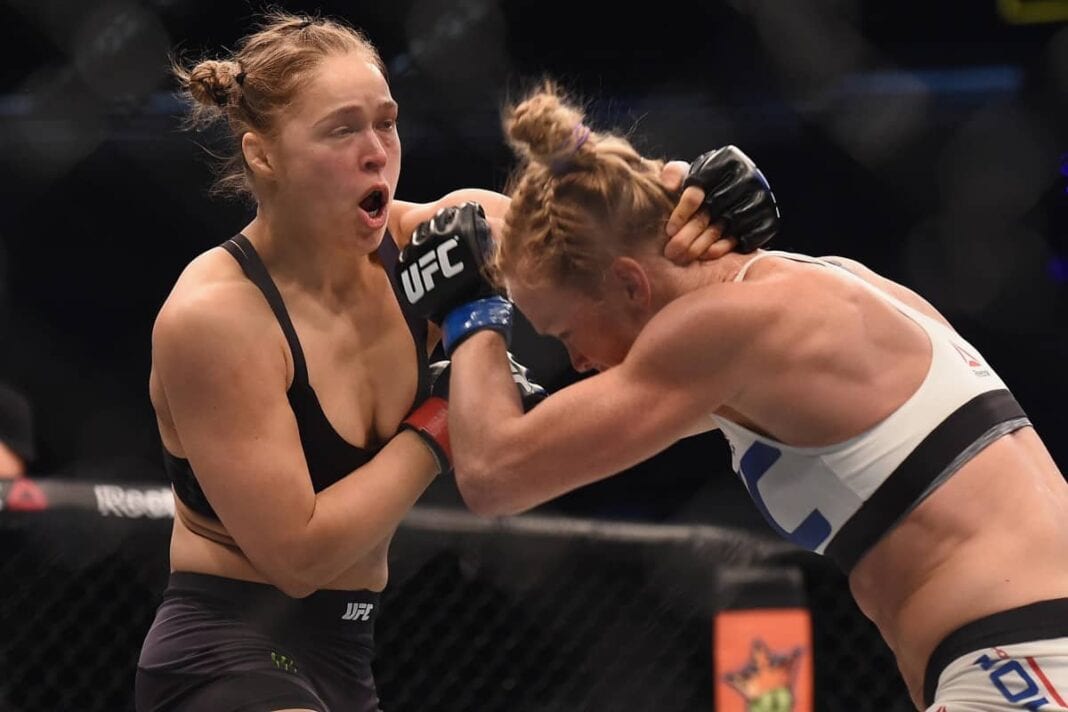 Now that newly crowned UFC women’s bantamweight champion Holly Holm has pulled off one of the most shocking upsets in UFC history with her amazing head kick knockout of Ronda Rousey in the main event the last night’s (Saturday, November 14, 2015) UFC 193 from Etihad Stadium in Melbourne, Australia, talk is not surprisingly going to shift to just what went wrong for the formerly undefeated champ.

It was most likely a mix of things, as Rousey underwent a whirlwind media tour following her huge spike in popularity in the aftermath of her UFC 190 win over Bethe Correia, appearing on each and every talk show in Hollywood, on TMZ Sports, and more nefariously, in a long-winded media battle with boxing champion Floyd Mayweather.

Considering ‘Rowdy’s’ beef with ‘Money’ was all about his former domestic violence arrests, it became a huge scandal that Rousey was dating UFC heavyweight Travis Browne, who had himself recently been accused of domestic abuse by his wife Jenna Renee Webb.

The drama only got thicker when Rousey’s mom, Dr. AnnMaria De Mars, stirred things up in the media by stating that she hated Rousey’s longtime coach at Glendale Fighting Club, Edmond Tarverdyan; even going as far as to state she would ‘run him over with her car if she could.’

It looks like Dr. De Mars was right, as Tarverdyan’s supposed gameplan appeared to be to stalk down a world-class striker with elite movement and counters in her area of expertise instead of using the former champ’s own world-class judo skills to finish the fight.

So, a whole spectrum of things could have gone wrong for Rousey, but ultimately, she may just have underestimated Holm as she bought into her own hype. What do you think, did Rousey get way too overconfident and overlook Holm, or did she just get caught?