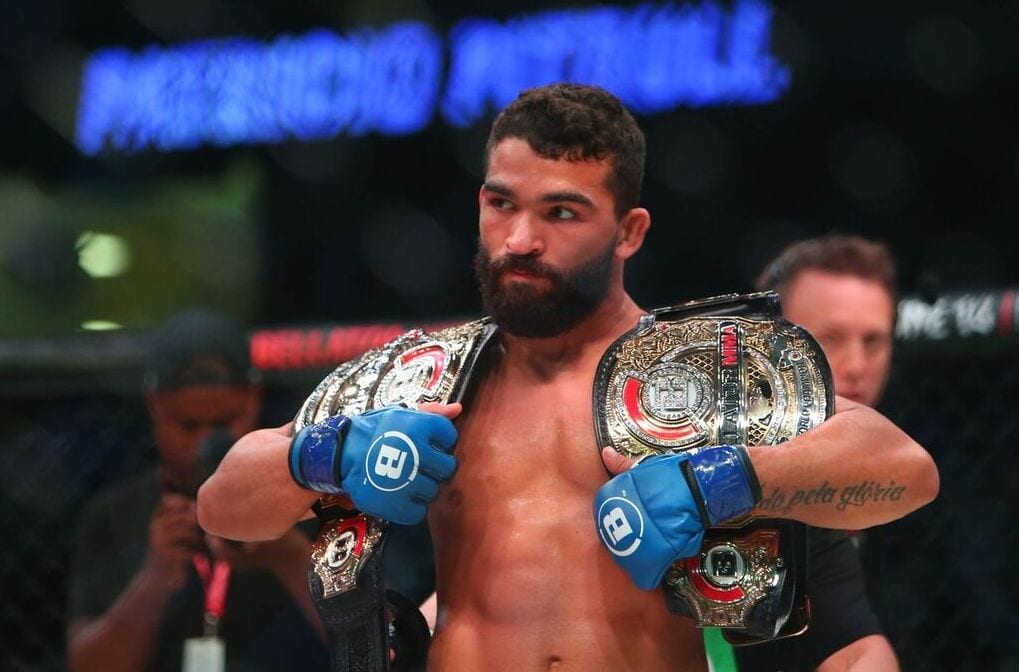 Patricio ‘Pitbull’ Freire didn’t appreciate Dana White’s comments about Bellator this past Saturday. During the UFC on ESPN 15 post-fight press conference, White was asked if he’d ever consider cross promoting fights with another promotion, such as Bellator. White responded with the following statement:

“He’s gotta try to sell fights and the way you don’t sell fights is like, ‘oh I got the best light-heavyweight division in the world.’ I mean that’s, everybody that was there was let go from here. It’s a pretty silly statement.”

The reporter went on to say that Juan Archuleta is a good name, after previously mentioning Ryan Bader, but to no avail. Dana White does not want to do cross promotion events.

White has always been dismissive about fighters in other promotions, and he’s mentioned in the past that the reason he doesn’t do them is because if one of his guys goes to another promotion and loses, it makes the UFC look bad. Such as the time Chuck Liddell went over to PRIDE to face Quinton ‘Rampage’ Jackson, where he was finished via TKO.

Bellator Featherweight and Lightweight Champion Patricio ‘Pitbull’ Freire had some choice words for the UFC President after hearing these comments:

The thing is, Bellator does have some of the best fighters in the world. And yes, the UFC did let go of the top light-heavyweights in Bellator, Ryan Bader, Phil Davis, and now Corey Anderson.

The UFC let go of a lot of names that ended up going to Bellator, literally dozens. Sergio Pettis was a top five flyweight and a top fifteen bantamweight in the UFC, Gegard Mousasi was ranked at No. 4 in the middleweight division and was on a five-fight win streak with four straight knockouts.

Then they have talents like Douglas Lima, Patricio and Patricky Freire, Michael Chandler (who may be leaving very soon), AJ McKee, Patchy Mix, Adam Borics, Aaron Pico, Michael Page, Alexander Shlemenko, Anatoly Tokov, and many, many others.

Bellator has a wealth of talent, and the UFC letting guys go has only helped them, amongst other promotions. The UFC also let Cris Cyborg go, who’s pretty universally considered the second best women’s fighter ever.

‘Pitbull’ is one of the best fighters on the entire planet. He won the Bellator Featherweight Championship two different times, and has a total of five title defenses.

He’s one of only two fighters to win belts in two weight classes in Bellator, and he has the second most finishes in Bellator history.

‘Pitbull’ has a record of 30-4, and he’s avenged two of his last three defeats, with the other being an injury, and his first coming via split decision. It’d be great to see him face Alexander Volkanovski, or whoever is on top of the UFC featherweight division should this ever happen.

Would you like to see the UFC cross promote fights with Bellator?