Featuring on adopted home soil once more this Friday, Straight Blast Gym staple, Pedro Carvalho has intentions to display a “clean” performance against opponent, Mads Burnell – as the featherweight duo share the 3Arena cage in a pivotal top-5 matchup at Bellator 285 in the capital.

Carvalho, the current #5 ranked featherweight contender under the Scott Coker-led banner, featured at the same venue back in November of last year against experienced German stalwart, Daniel Weichel – displaying tremendous heart and grit to secure a close, split decision win.

The Portuguese-born striker would then go on to meet Piotr Niedzielski at Bellator 280 back in May of this year, suffering another close decision loss to the Pole.

As for Burnell, the UFC alum and former Cage Warriors title challenger met with incoming title challenger, Hungarian contender, Adam Borics back in March of this year. The Danish technician suffered his first defeat since his move to Bellator as a result.

Speaking with LowKick MMA reporter, Ross Markey during a recent interview ahead of his matchup with Burnell, Carvalho admitted that while his style often warrants Fight of the Night plaudits, he hopes to turn in a “clean”, Performance of the NIght donned display against Burnell.

“We match up pretty well in terms of styles,” Pedro Carvalho said. “We are both well-rounded – striking, grappling-wise. We both have amazing cardio, we both like to go forward, so, yeah, I see like – of course, it’s going to be a great fight. I’ve been preparing myself, I’ve been making some changes and adjustments, to not be Fight of the Night, but Performance of the Night for myself.”

With the duo both attempting to work their way back to a title challenge in the future off the back of Friday’s matchup in Dublin, Carvalho, who previously fought champion, Patricio Pitbull, welcomed the idea of a number one contenders tilt against either Aaron Pico, or Jeremy Kennedy.

“… I think the most logical outcome of them all is, me beating Mads (Burnell), and fighting the winner of (Aaron) Pico, and Jeremy Kennedy for the number one contenders spot,” Pedro Carvalho explained. “Other than that, who is left to fight for the belt? (A.J.) McKee is at lightweight – (Adam) Borics is now fighting for the belt. I think pretty much, it’s down to who wins this match, and the winner versus winner gets the spot I think.”

Landing five victories since his move to Bellator back in 2018, Carvalho, a staple teammate of event headliner, Peter Queally, debuted with a string of wins over Daniel Crawford, Luca Vitali, Derek Campos, and Sam Silica, before last November’s successful homecoming win over Weichel. 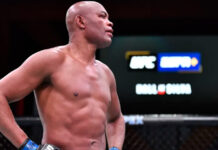 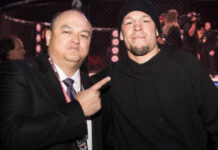