LowKickMMA.com
Home UFC News Paulo Costa Calls Out Khamzat Chimaev: ‘I Stole Everything That You Had’ 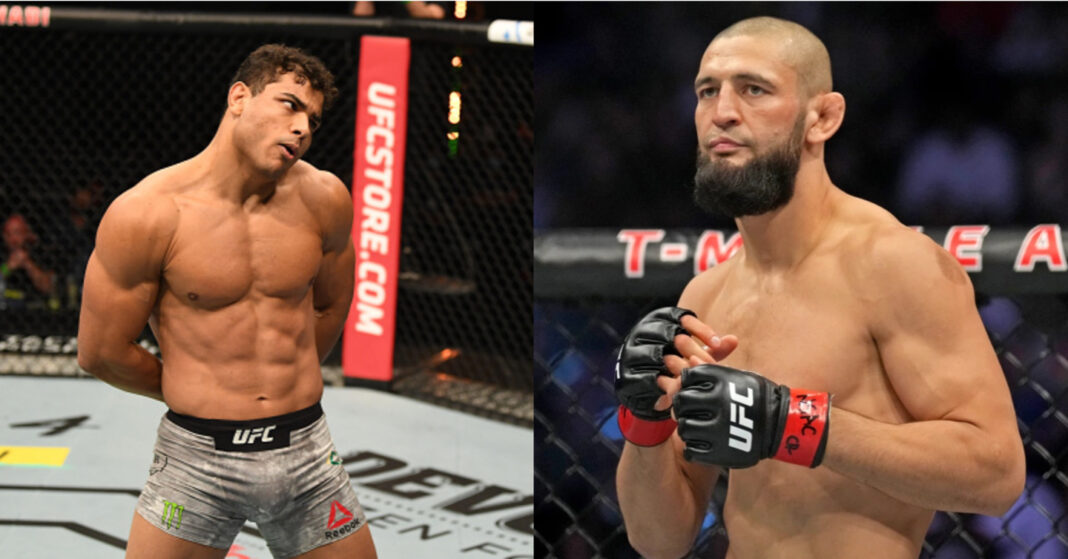 Paulo Costa ripped into Khamzat Chimaev and called him out on his latest appearance on ‘The MMA Hour’ with Ariel Helwani.

Costa and Chimaev have had an ongoing since the lead up to UFC 279. The two got into an altercation the week before Chimaev’s bout at UFC 279. Chimaev and Costa’s bad blood ended up soaking through to the night of the press conferences, which led to the conferences being cancelled. Chimaev ended up missing weight the day after, which Costa believes the things he said and did had the most to do with it.

Chimaev and Costa both won their last fights respectively, but with Chimaev missing the weight limit at welterweight, he will most likely fight next at middleweight. Dana White went out on a limb by assuming he would fight at 185 in his next bout, due to his weight issue at welterweight.

The middleweight division is where Paulo Costa fights at, and he wants a piece of ‘Borz’.

Helwani asked if he believed he was the reason behind all the issues Chimaev had in the lead, and Costa truly believes that he was. Chimaev still made quick work of his opponent Kevin Holland, but it wasn’t the main event bout that would’ve been against Nate Diaz. A win over Diaz would’ve taken Chimaev to an all new high.

Costa said that he would fight Chimaev at 185 pounds, in the middleweight division.