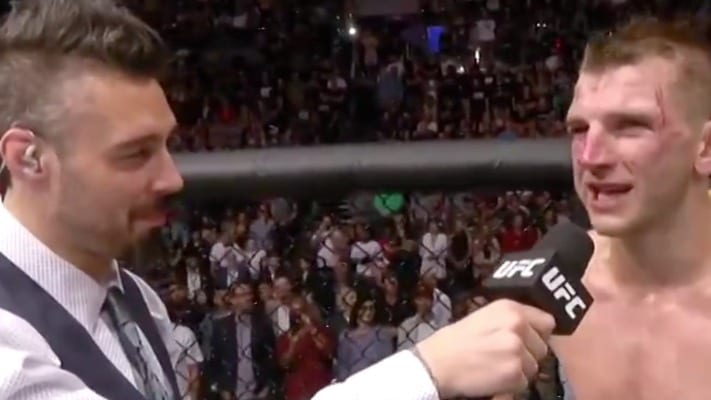 Paul Felder may have fought his last fight.

Felder battled Dan Hooker in the UFC Auckland headliner on Saturday night. After a razor-thin back-and-forth war over 25 minutes, it was Hooker who earned the split decision verdict.

An emotional Felder shocked many in the Auckland crowd as he proceeded to hint at retirement, citing that he was away from his daughter too much.

“That might be it for me,” Felder said. “Man, I got a four-year-old at home that misses me every time I go away like this. I don’t know. … I’m not sure, I’ll still go back, talk to my family but an absolute honor to share the Octagon for 25 minutes with this son of a b*tch.””

Hooker, meanwhile, made it three wins in a row and had a target in mind for his next fight — Justin Gaethje.

“I want the battle of the highlight reel,” Hooker said in his post-fight interview. “I want Justin Gaethje next. Let’s go.”

It’s certainly a fight that makes sense. However, Gaethje has been targeting a title shot or a fight with Conor McGregor. Whether he will opt to fight someone ranked lower than him such as Hooker remains to be seen.

What did you make of both fighters’ post-fight speeches?