LowKickMMA.com
Home UFC News Paige VanZant Will Return To The BKFC Ring In April Or May 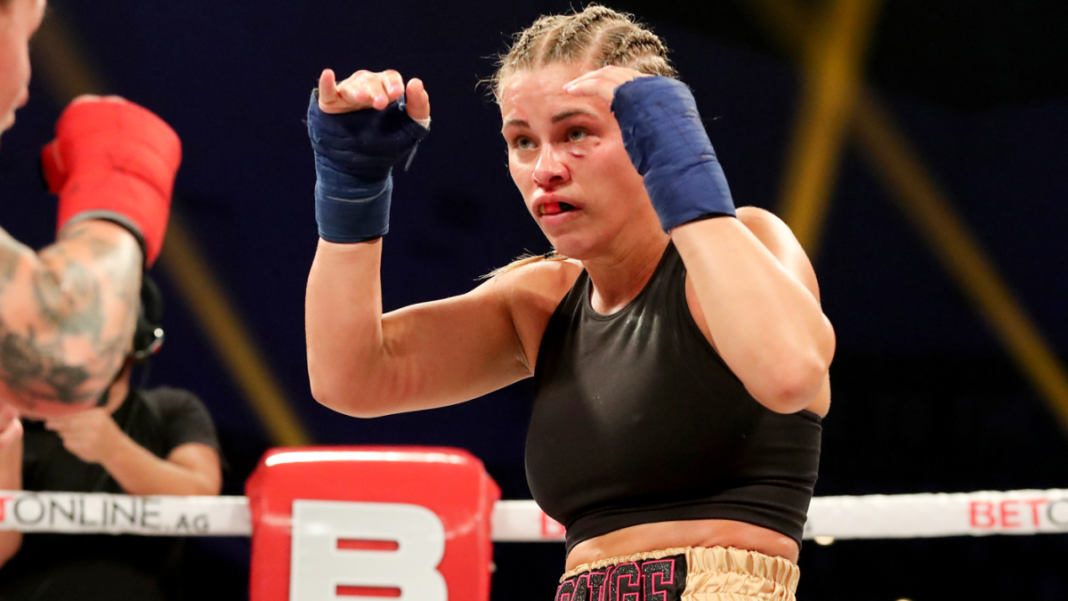 Paige VanZant has been confirmed for a return to the BKFC ring by the promotion’s president Dave Feldman, who is targeting an April or May fight for the former UFC fan favourite.

“She’s going to be fighting again,” Feldman told MMA Fighting. “We were thinking about throwing her on the KnuckleMania card, too. I thought it was too much and we needed to just spread it out a little. I don’t have an exact date but I’d love to get her back in April. It would be great to get her back and there’s a lot of talent out there that would be good opponents for her, April-May-ish. So we’re going to be talking to [her manager] Malki [Kawa] and hopefully lock that in but we’ve already started the preliminary conversation. She knows that she’s going to get ready to fight soon.”

Dave Feldman Has Been Impressed By Paige VanZant

The 27 year old fighter is 0-2 in her new promotion following a 6 year stint in the UFC where she became a very well known prospect. Her lucrative 4 fight contract with BKFC has come under the spotlight following her 2 losses but BKFC President Dave Feldman has been adamant about being impressed with her abilities and fortitude inside the ring.

“I’m confident that she will [fight for BKFC again],” Feldman said. Look, like I said before, she didn’t have to fight bare-knuckle. She had other options but she tested herself and then she lost. Then she came back and tested herself again and she lost [again].

Getting on the winning track is most certainly in VanZant’s best interest in regards to her BKFC future, as Feldman had previously stated she will need to get wins under her belt if she wants to move forward with the promotion.

“It’s not like she doesn’t belong here in this sport,” Feldman said. “She’s schooling herself, she’s got two good experiences under her belt, she knows what went wrong and what to make right. We’ll see what happens.

Do you think we will see Paige VanZant get a win under her belt this spring?