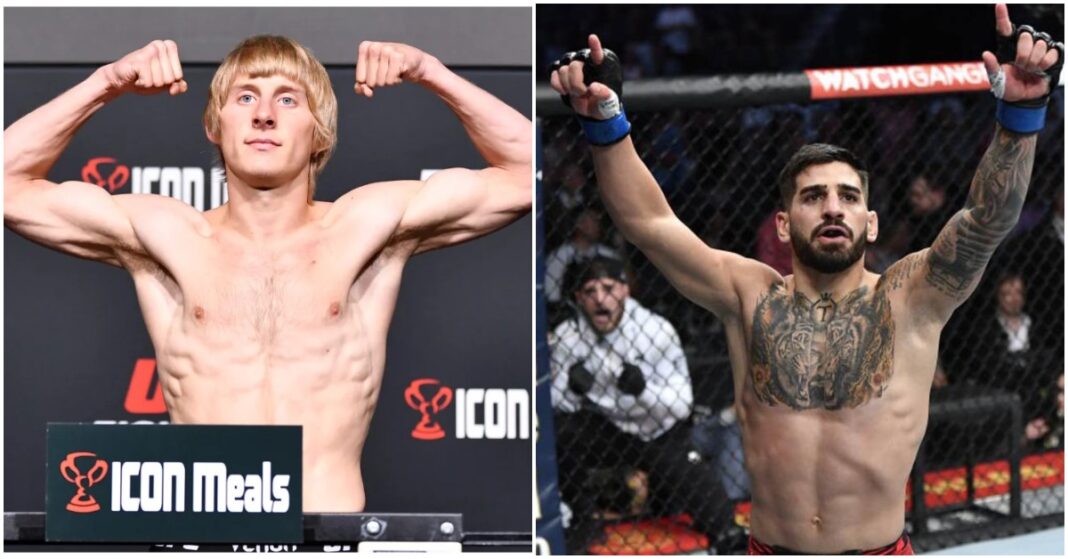 Paddy Pimblett and Ilia Topuria found themselves in a heated exchange after passing by one another in one of the fighter hotels.

The pair were documented having a minor altercation before others stepped in to separate the pair.

Robbie Fox spoke to Pimblett following the incident and he broke down exactly what happened and why Topuria and his team acted in the way they did.

“If he wanted to do something, he would have come round the table and try to do something. But he knew full well, he hasn’t got the balls to do anything… I stood me ground and stood there with six mandem staring at me and was saying, ‘What? Come and do something!’ And not one of them done a thing. Gang of maggots.” (Transcribed by Sportskeeda.com)

You can watch the altercation between the pair here:

Paddy Pimblett detailed the reasoning for their conflict is regarding an offensive tweet Pimblett put about Georgians being terrorized by Russia. Since then, Pimblett has gone on to apologise for and delete the tweet.

Paddy Pimblett: Topuria “Made Himself Look Like An Idiot”

The Liverpool-based fighter also said he felt Topuria had made himself look like an idiot by uploading the footage which doesn’t show him in the best way.

Both men will have to put these issues aside for now as they set themselves ready for this weekend’s fight. Pimblett will be looking to get past Kazula Vargas as he continues to try and make a name for himself at lightweight. Ilia Topuria is set to make his lightweight debut this weekend against Jai Herbert, if he can get past Herbert, I imagine many fans will be wanting to see him face ‘The Baddy’ next.

Who would win in a potential fight? Paddy Pimblett or Ilia Topuria?