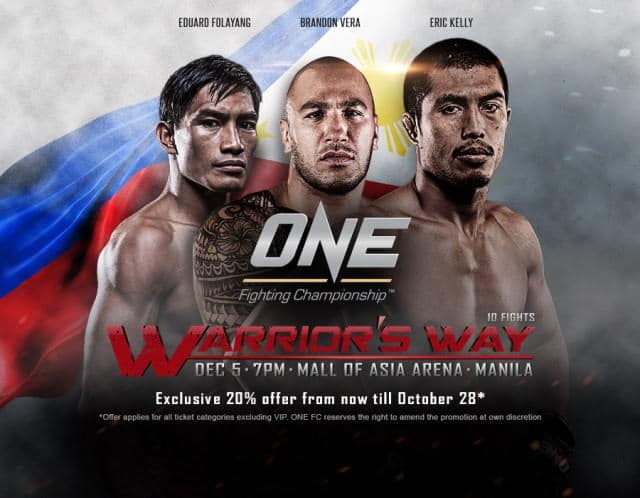 UFC veteran Brandon Vera was the most notable of the cast of today’s (December 5th, 2014) ONE FC 23 cast. He returned to action after being dropped earlier this year by Zuffa, and faced unknown Igor Subora in his promotional debut in the East. He won with a convincing first round TKO using soccer kicks.

Timofey Nastyukhin absolutely blasted Eduard Folayang with a flying knee, and then put his man out cold with two savage soccer kicks on the mat. UFC castaway and TUF veteran James McSweeney faced fllow ex-UFC fighter Roger Gracie, and was blasted out in the third round by punches.

Bibiano Fernandes retained his title with a quick submission in the first round, and the following highlights are by no means safe to view at work! Cheers to Zombie Prophet