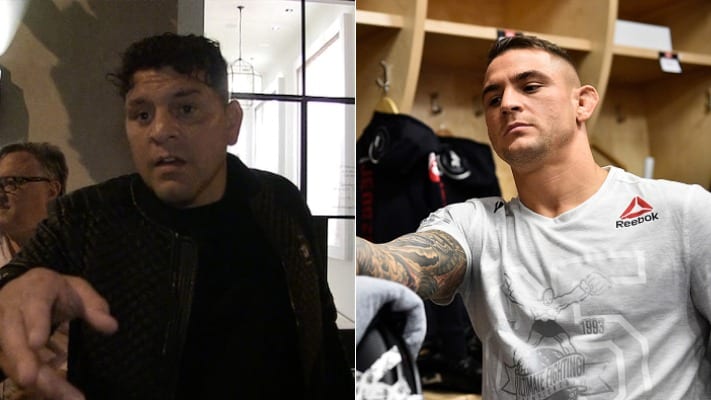 Dustin Poirier won’t be making friends with anyone in the Diaz family anytime soon. After news broke of Nate Diaz claiming he wouldn’t be fighting at UFC 244 next week due to the United States Anti-Doping Agency (USADA) claiming he tested for “elevated levels,” Poirier didn’t waste any time going after the Stockton native.

Poirier ripped into Diaz, a longtime advocate for a clean sport, for apparently tested for a banned substance. “The Diamond” called Diaz a “fake ass gangster,” and claimed he pulled out of their previously scheduled fight at UFC 230 last year before Poirier was forced out with a hip injury.

“Talking all that sh*t about steroids. F*ck you, Nate. Pulled out. You pulled out of my fight too. You a b*tch. Fake ass gangster,” Poirier said.

This sparked a response from Nate’s older brother, Nick, who took to his Instagram story to share the following.

Poirier issued a response on Twitter, who called the seemingly retired Diaz out to fight.

What do you think about a potential fight between Poirier and Nick Diaz?