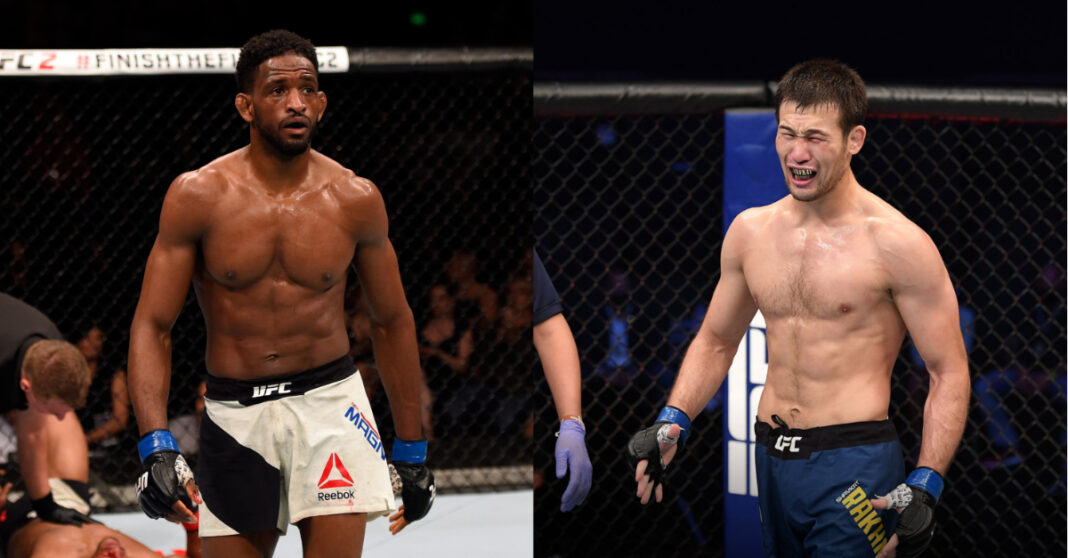 UFC welterweight, Neil Magny says he will show his upcoming opponent, Shavkat Rakhmanov ‘levels to this game’ in their co-main event fight this weekend.

Neil Magny is one of the UFC’s most consistent welterweights and has continued to fend off his spot in the UFC’s top 15 since the mid-2010s. Now though, ‘The Haitian Sensation’ will face a fighter unproven in the UFC in Shavkat Rakhmonov, but the Kazakh has been a highly touted prospect since entering the promotion.

Rakhmonov caught the eyes of many with his pinpoint, at times flashy striking, and has a great ground game to back it up, but Magny, a nine-year UFC vet, isn’t fazed and sees only victory for himself.

“Literally every last one of us in the UFC was undefeated at one point or another, then you went out there and faced an absolute beast and was like, ‘Oh damn, there’s different levels to this,’” Magny said. “I look at Shavkat and I think the exact same thing. The guy is talented. He is 15-0. … But at the same time, he hasn’t fought a seasoned vet like me yet. He hasn’t fought the guys that I’ve fought yet. So I’m going to go out there and show him that there’s some levels to this game. That’s my goal. (H/T MMA Junkie)

“It’s going to be a very dominant fight. It just won’t be him dominating. I plan to go out there and dominating this fight from beginning to end.”

Magny, who is ranked number 10 has made a career of fighting the toughest name out there and has never shied away from the newest contender. Now though, if victory comes his way on Saturday night, he feels he deserves a fighter higher up the rankings.

“Ideally, I would love to have a top-five opponent after this fight,” Magny said. “That’s the way it should go. You go out there and have a great performance and you get a high-ranked opponent. That’s how it should go, but the reality of it is, things don’t always go as they should.”

“If I get stuck fighting No. 6 or No. 7 guy, whoever they may be, I’m going to go out there and keep working toward my goal. I’m going to do whatever it takes to become champion.”

Who have you got in this one? Neil Magny or Shavkat Rakhmanov?