LowKickMMA.com
Home UFC News Shavkat Rakhmonov Fires Back at Khamzat Chimaev:’We Can Fight in the Cage or... 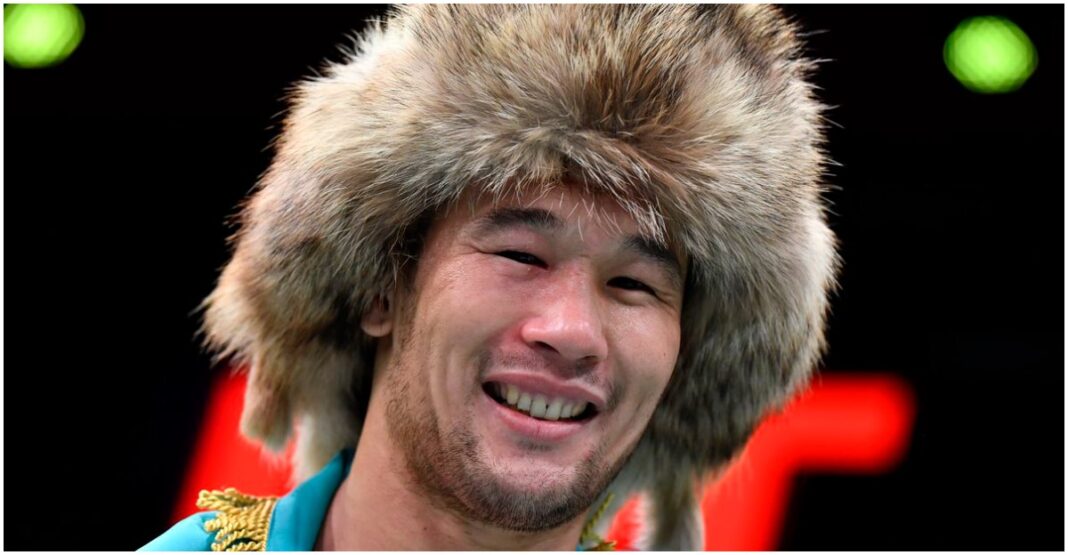 Shavkat Rakhmonov has fired back at Khamzat Chimaev after the Chechen born labeled Rakhmonov a ‘chump’.

Chimaev continues to be the hot topic of discussion within the world of MMA. The 27-year-old is fresh off a significant victory over Gilbert Burns at UFC 273, which saw both men battle it out in a fight of the year contender. Chimaev moved to #3 in the welterweight rankings and now targets a super fight with titleholder Kamaru Usman.

Since joining the UFC in 2020, Rakhmonov has also made waves in the welterweight division, accumulating three stoppage victories, taking his undefeated record to an imposing (15-0).

Preceding UFC 273, Rakhmonov was questioned about the proposition of meeting Chimaev in the Octagon. He said the following:

“I don’t know! It doesn’t really matter. Whoever they tell me to fight. If the rankings match right and the UFC makes that fight, I’m gonna do it without hesitation. But it’s not the right time to call him out, cuz he’s got an upcoming fight and might fight for a title potentially. The callouts are unnecessary now. Once I’ll get to him (in the rankings) we’ll fight!”

Many were impressed by the showing of heart, determination, grit, and overcoming adversity that Chimaev displayed on the night. However, Rakhmonov felt the performance was underwhelming:

Chimaev was quick to bite back in response, which was later deleted:

In a Q&A session, Rakhmonov was asked about his overall thoughts on Chimaev as a fellow competitor, responding (h/t MMANews):

Rakhmonov was unfazed by Chimaev’s ‘Chump’ comment, stating he doesn’t take much from insults and believes it’s an indication that he’s in Chimaev’s head.

Later, a fan asked if he thought Chimaev was even aware that he existed. Rakhmonov responded, adamant that the Swede knows precisely who the Kazakh is, claiming he would be the biggest fight for Chimaev.

With two undefeated welterweights throwing jabs at each other, a fight between Khamzat Chimaev and Shavkat Rakhmonov is a fight we could very well see in the future. How would you expect this matchup to unfold?