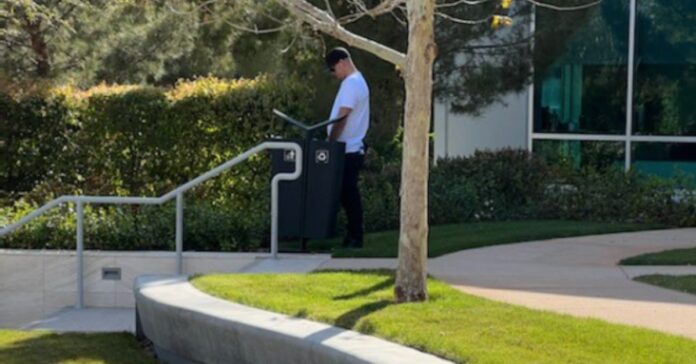 UFC welterweight veteran, Nate Diaz has posted a picture of him appearing to urinate on the grounds of the promotion’s Performance Institute in Las Vegas, Nevada – claiming that the promotion will not release him from his contract amid his actions.

Diaz, who last competed professionally back in June of last year at UFC 263, suffered a unanimous decision loss against expected next welterweight title challenger, Leon Edwards over the course of five rounds.

In the time since, Diaz, who retains just a single fight on his current UFC deal, has campaigned tirelessly for an Octagon return, as well as his eventual release from the organization – offering to fight on rival promotion, Bellator, for their return to Hawaii last month.

The Stockton native has welcomed a welterweight matchup against former interim lightweight champion, Dustin Poirier, as has the latter, however, despite initial interest in booking the fight, the UFC have elected against matching the two together.

Linked with another matchup against the undefeated #3 ranked contender, Khamzat Chimaev for a summer bout, Diaz has hinted at a UFC 277 return to the Octagon on July 30. – drawing the attention of recent UFC 274 victor, lightweight contender, Michael Chandler – who has offered to make the welterweight limit for the clash.

Nate Diaz unleashes another tirade aimed at the UFC

In his latest post regarding the promotion, Diaz appears to show an image of himself urinating on the grounds of the UFC Performance Institute behind a trashcan, claiming that despite this infraction, he would still now face punishment from the organization.

“Taking a piss at the UFC PI (Performance Institute),” Nate Diaz tweeted, accompanied by a picture. “I could do this cause I get paid more than all uguys (sic) and they (the UFC) won’t cut me.”

In another tirade against the promotion, Diaz, a one-time lightweight title challenger criticized sports brand, Venum – who are the official uniform providers and outfitters of the UFC.