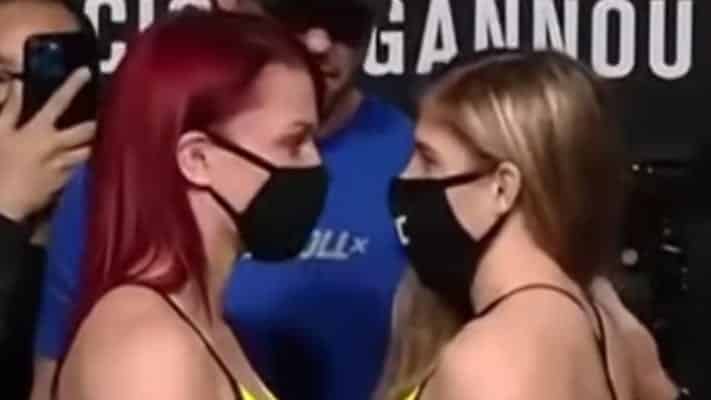 Next up on the UFC 260 main card is a women’s flyweight contest between Gillian Robertson and Miranda Maverick.

Round 1: A lot of feinting early on. Robertson partially lands a body kick before Maverick returns with a leg kick. Not a lot of strikes connecting since with over two minutes gone in the first. The fight eventually goes to the ground with Maverick on top. Robertson gets to her feet and the action returns to striking. Maverick goes for a blast double and is successful as the round comes to an end. Not a lot of action overall.

Round 2: More of the same int he second round but Maverick is starting to connect more. Robertson goes for a takedown and ends up getting Maverick’s back. She takes the fight to the ground soon after and looks to work her way to the top. Robertson threatens with a rear naked choke but Maverick scrambles. She gets to her feet but Robertson still has control of her back. Robertson takes her down again. Maverick gets to her feet after a minute and goes on a blitz with some big shots. The round ends with Robertson clinched up against the fence.

Round 3: Maverick takes Robertson down. She takes her back and threatens with a rear naked choke. A lot of scrambles ensue. She transitions to the top and is in the sprawl position soon after. Robertson reverses but is unable to get in a good position. Maverick gets Robertson on the fence and ends the fight strong.