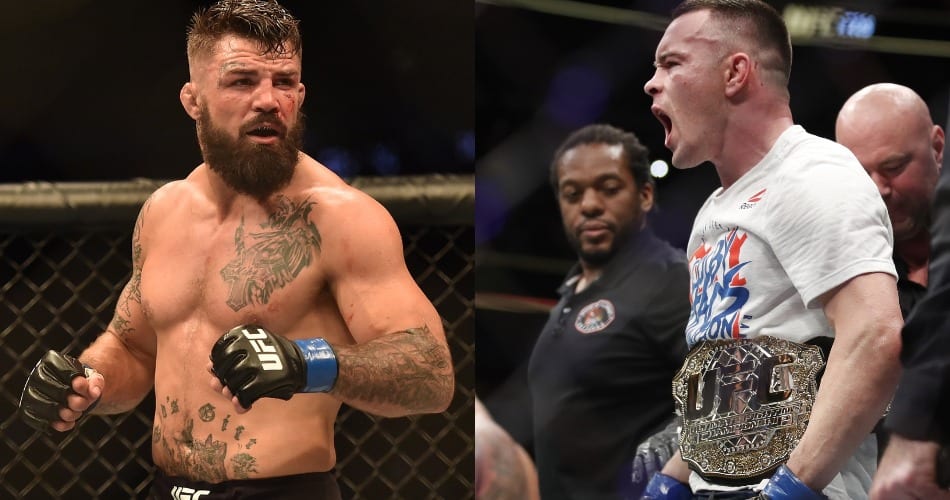 UFC welterweight Mike Perry was not entirely impressed with Colby Covington’s performance this past weekend.

Covington comfortably outpointed Robbie Lawler to win a unanimous decision in the UFC Newark headliner. In the process, he attempted a UFC record 533 strikes during the 25-minute bout.

However, that only showed how much power he lacked according to Perry, who tweeted out his thoughts during the event:

Perry expanded when asked about his tweets:

“Whatever, I don’t think he punches with any power,” Perry told media recently. “He never explodes. If I hit someone 600 times, it might be the first death in the Octagon. It only takes 60 for me. So 10 percent of what Colby did, if I did 10 percent of that, I smash him.“

In fairness, Covington did not land 533 strikes — that was only his attempted strike total. But even still, he was able to come away with the win and is now in line to face Kamaru Usman for the welterweight title.

Both fighters have used their wrestling to dominate their opponents and it’s something Perry is working on himself so that he can utilize his striking:

“Yeah, it’s a good fight,” he said of Usman vs. Covington. “It’s two wrestlers. I see the sport in a different light these days. That light is, I see it as wrestling first. You have to subdue what these guys want to do which is either get the takedown or shy away from you, run and then get into the clinch and try to get the takedown, get on top of you and stall time.

“That’s what they want to do and I’ve been working many ways on how to shut that down and open up my own game of striking.“

Perry takes on Vicente Luque in the co-main event of UFC Uruguay on Saturday.

What do you make of Perry’s comments?