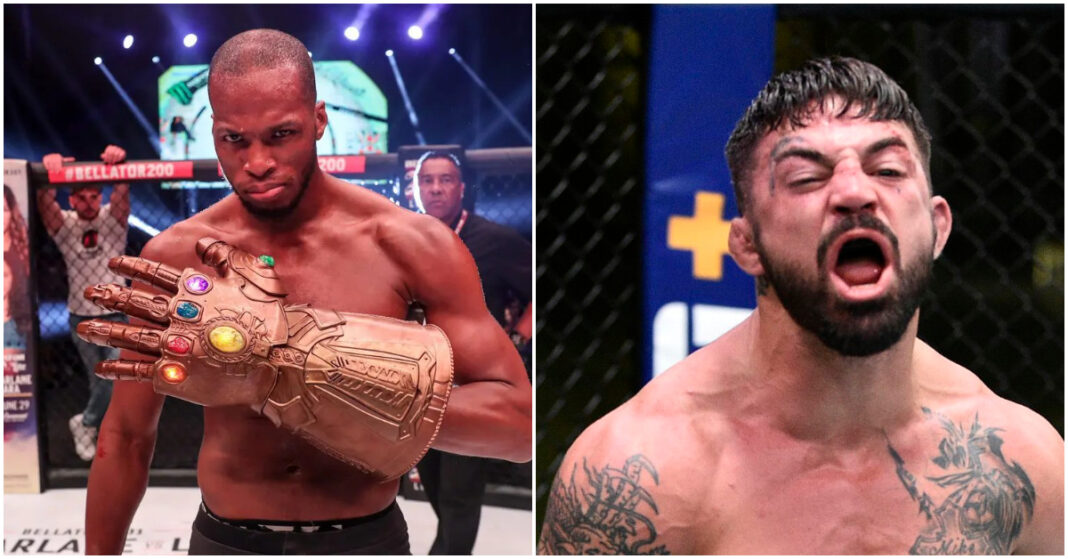 Michael Page is slated to take on Mike Perry in a bare-knuckle boxing match.

Reeling off a loss to Logan Storley in his most recent outing, Michael Page will switch gears for his next fight. The announcement of the standout Bellator star’s next fight might have surprised many. ‘Venom’ will make his bare-knuckle boxing debut against the UFC veteran Mike Perry at BKFC 27.

Their bout will serve as the main event of the night this August 20 in Page’s hometown of London. Page has received Bellator’s blessings to compete under another promotion, a rare instance in the sport of MMA at an elite level.

“You know me, I like to make noise,” Page told MMA Junkie. “Through the blessing of Bellator and the sport of Bellator, because I wouldn’t be allowed to if it wasn’t for them, they said I wouldn’t be able to get back in there until October time. After that fight (against Logan Storley), I’m fresh. I’m burning to go. Let me box again, let me do something.

“My coaches hit me up and they said they might have an opportunity, but it’s obviously down to Bellator. I presented the opportunity to Bellator, they spoke to BKFC, and it’s just been moving quite quickly since then.

“Everyone is excited for it. I think it’s beneficial for everybody. It’s just going to make some noise, and I think it looks great for an organization like Bellator. It shows they’re supporting their fighters. You can see it with the potential collaboration, with Eagle FC as well. So they’re making moves and I’m the loudest one.”

Page talks about his interest in bare-knuckle fighting & Mike Perry

Besides Bellator allowing their former interim welterweight title holder to take his chops elsewhere, it’s the fact that Page will be fighting in bare-knuckle boxing that’s intriguing. The 35-year-old Englishman revealed his curiosity about the no-gloves fighting competition.

“Since it got legalized, I was definitely curious about doing it,” Page said. “More so because in my youth there were people that I looked up to, and they were doing it when it was a bit more underground. It was always something I thought of as a rite of passage as a fighter, a combatant, a warrior – which I class myself as.

“When it started getting more popular, I thought, ‘Yeah, maybe one day I might jump in there.’ I never thought it was going to be as quickly as this. But yeah, it’s definitely been on my mind.”

His opponent Mike Perry made his debut for BKFC earlier this year at KnuckleMania II and already holds a win under the banner against Julian Lane. He gained notoriety during his time in the UFC which saw him compete for five years before making the switch.

“He’s a beast, yeah, he’s great,” Page said. “I’m not going to work my way up, so it’s going to have to be the guys at the top. … I know he’s a tough guy. He’s a true warrior. Bare-knuckle definitely suits him, but that kind of style usually suits me as well. I’m just looking forward to putting on a spectacle for everyone that’s going to come.”