LowKickMMA.com
Home Global MMA Michael Chandler Sorry For Being ‘Too Critical’ Of Dustin Poirier After UFC... 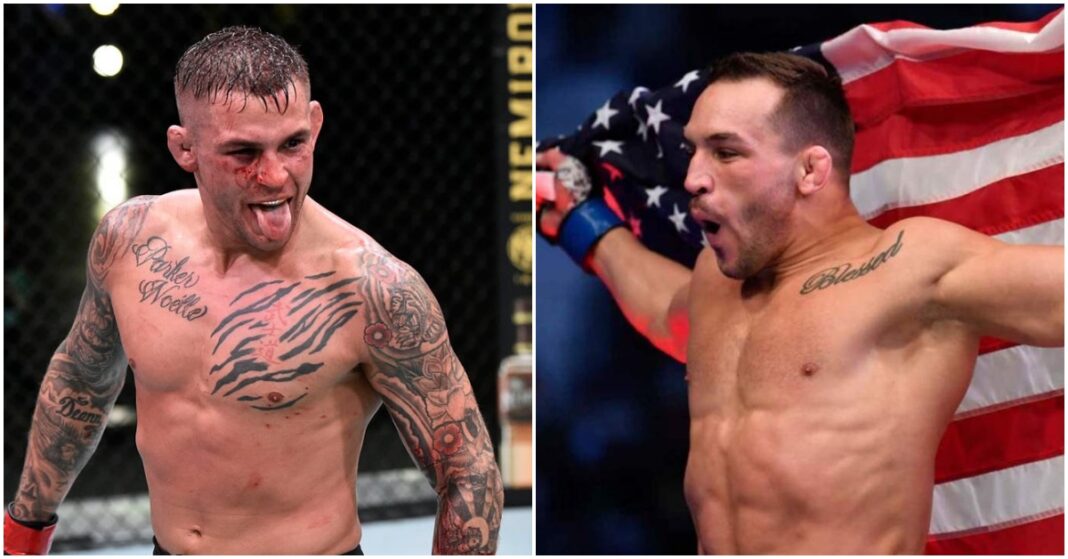 Michael Chandler has apologized to Dustin Poirier after being a little too critical of ‘The Diamond’ for his performance against Charles Oliveira at UFC 269.

Oliveira was making his first title defence, after successfully securing the title over Michael Chandler earlier in the year, a fight in which Chandler nearly finished Oliveira in the first round. Dustin Poirier nearly had the same luck after putting pressure on the champion, however ‘Do Bronx’ would prevail by sinking in a rear-naked choke in the 3rd round to defend his title.

Following on from the main event Chandler was critical of Poirier and suggested that the Diamond had just ‘quit’ on himself at UFC 269.

However, it seems like the dust has settled and we have had a chance to come back to reality following the insane event that was 269, Chandler feels he may have overstepped the mark with his comments

“I also got my back taken by Charles Oliveira. He almost had that choke locked up and I was able to fight out of it, So I’ve been in that position. I was able to get out of it. I will admit, I will concede maybe using the word ‘quit’ was a little bit harsh, especially against one of the good guys,” Chandler told MMA Fighting. “People are probably like how are you going to come at Dustin Poirier, he’s one of the best guys in MMA, right? It was just me.”

“More than anything, I guess it was the admiration, the jubilation of watching Charles Oliveira do what he did when nobody thought he was going to be able to do that except most of his fellow countrymen in Brazil and maybe a couple analysts and a couple of his fellow fighters, coupled with loving the sport even though I lost to Charles Oliveira, loving the sport and being pumped up on the sport. I’ll admit, it was probably a little bit too critical. But that’s kind of where I’m at on it.”

What’s next for Michael Chandler?

It appears Chandler had some time to re-think what he said before having a change of heart. Now, what is next for him?

After starting his UFC career 1-2 Chandler sits in a difficult position. Everyone in the rankings above him has either beaten Chandler since he joined the promotion or currently is scheduled for a matchup/coming of the back of a fight.

His best option could be to take on the man just below him in the ranking Rafael Dos Anjos as the 6th ranked lightweight is also in search of a matchup, or there is always the Conor McGregor option if he is still looking for a potential opponent come McGregor’s expected return in the summer.

Who do you see Michael Chandler facing next?