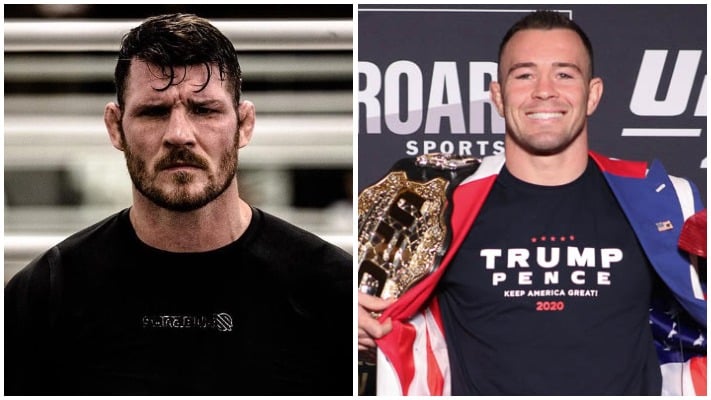 Michael Bisping doesn’t believe that Colby Covington has any intention of stepping up to middleweight to challenge Israel Adesanya after UFC 268.

‘Chaos’ will get his second shot at Kamaru Usman and the undisputed welterweight title at UFC 268 on November 6. Covington first fought ‘The Nigerian Nightmare’ in December 2019. After five rounds of back-and-forth action, he fell to a late stoppage defeat.

The former interim welterweight titlist recently hooked up with Jack Owoc of Bang Energy for a workout session at a facility the company calls the “World’s Dopest Gym.” The gym trip was all caught on camera and Covington broke some big news while conversing with Owoc between reps.

‘The Count’ doesn’t believe Covington is planning to step up in weight to challenge for the middleweight title he once held.

“I get it, you’re selling tickets,” Bisping added. You’re selling wolf tickets as the Diaz brothers would say, but still to beat Kamaru Usman and to go up and fight Adesanya and beat him as well? What reality are we living in here, buddy?” (Transcribed by Sportskeeda)

Do you agree with Michael Bisping? Does Colby Covington have no intention of stepping up to middleweight to challenge Israel Adesanya?