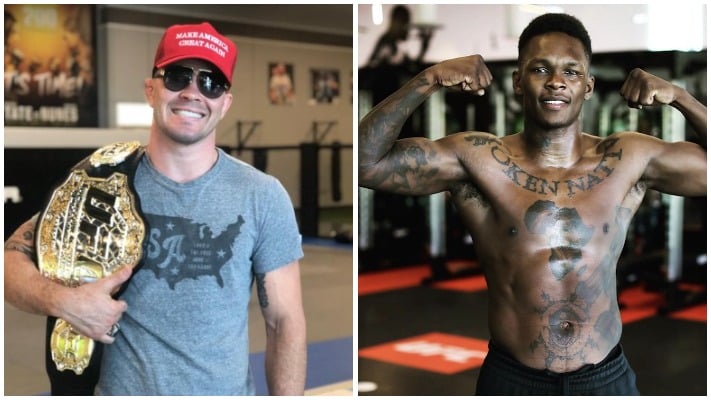 Colby Covington is planning to move up to middleweight to pursue a fight with Israel Adesanya if he wins the welterweight title by defeating Kamaru Usman later this year.

Covington will get his second shot at ‘The Nigerian Nightmare’ and the undisputed welterweight title at UFC 268 on November 6. ‘Chaos’ first fought Usman in December 2019. After five rounds of back-and-forth action, he fell to a late stoppage defeat.

Since then, Covington has fought just once inside the Octagon, dominating Tyron Woodley before finding a late finish of his own.

Usman has made three title defences since beating Covington. The 34-year-old picked up a wide points decision over Jorge Masvidal before stopping his former teammate, Gilbert Burns inside three rounds. Last time out, Usman make a statement by knocking out ‘Gamebred’ when they rematched at UFC 261.

Covington recently hooked up with Jack Owoc of Bang Energy for a workout session at a facility the company calls the “World’s Dopest Gym.” The gym trip was all caught on camera and Covington broke some big news while conversing with Owoc between reps.

‘Chaos’ says if he’s victorious against Usman at UFC 268, he will bulk up to 185lbs to challenge Israel Adesanya for the middleweight strap.

“I’m gonna fight in my weight class against Kamaru Usman,” Covington said. “I’m gonna get the world title, 170, welterweight, and then I’m going to be working with you and Bang Energy to put on the muscle mass and we’re going to go up to middleweight, to 185 and we’re going to beat Israel Adesanya.” (Transcribed by Sportskeeda)

‘Stylebender’ is a huge middleweight who has established himself as a true champion in the weight class. The New Zealander even stepped up to light-heavyweight recently and has talked up the possibility of future fights at heavyweight.

Do you think Colby Covington could be competitive against elite middleweights such as Israel Adesanya?