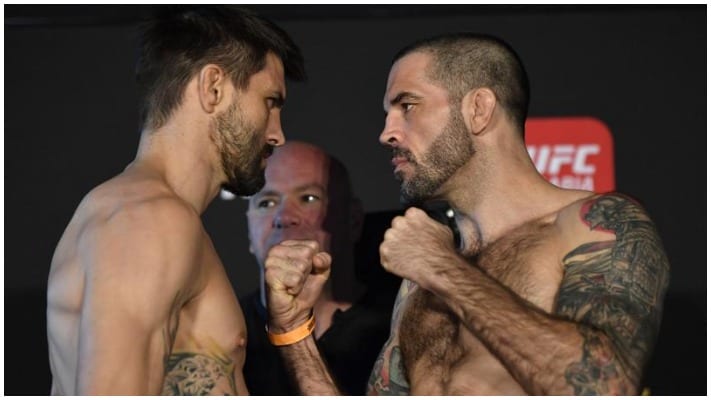 The UFC instantly set the bar for MMA in 2021 with UFC Fight Island 7. Whilst somewhat monotonous prelims started the event off, the main card truly delivered. Max Holloway will take most of the headlines, as his demolition of Calvin Kattar over 5 rounds was truly spectacular. However, the co-main event between Carlos Condit and Matt Brown also deserves plaudits.

The two veterans of the sport have been linked numerous times throughout their illustrious careers. Whilst they are both certainly in the twilight of their fighting years, they both showcased the skills that still guaranteed them a co-main event slot. The fight was a back and forth affair. Brown utilised his wrestling in the first round, taking down Condit and maintaining top control. The second round saw Condit take the upper hand, using his own wrestling to turn the tables on Brown. The third was the most competitive, with both men having moments of dominance.

However, once it came to the judge’s decision, all three gave every round to Condit. Brown was unsurprisingly unhappy about the result and took to Twitter to vent his frustration.

However, he also took the time to show his appreciation for Max Holloway’s incredible main event performance.

Do you think Matt Brown has a valid point?

Paulo Costa vs. Marvin Vettori Is Set To Take Place At Light-Heavyweight