LowKickMMA.com
Home MMA News Matt Brown: I Want To Show That Nobody Is F*cking With Me 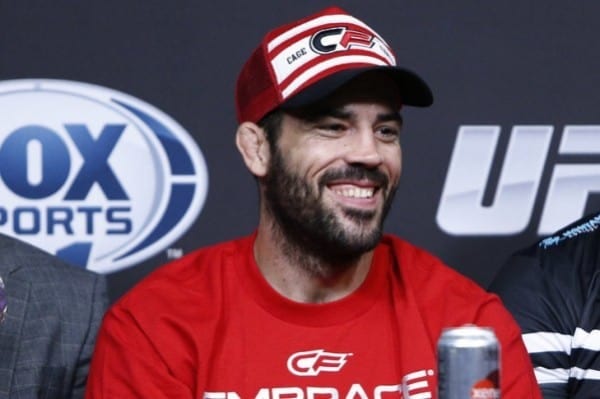 Brown is on a two-fight skid, but it’s not as bad as it sounds. His last two losses were to current Ultimate Fighting Championship (UFC) welterweight champion Robbie Lawler and former UFC 170-pound kingpin, Johny Hendricks. Both fights went the distance.

“The Immortal” visited the Great MMA Debate (via FOX Sports) to talk about his upcoming bout with Means as well as altering some things in his life:

“I’ve changed my life a lot lately. Trying to re-do my life, trying to rededicate my life to the sport some and for me it’s kind of a next level fight for me. I want to make a statement in this fight and show that I belong in the top 10 and guys that are outside the top 10 are just going to be nothing to me.”

Currently on the UFC welterweight rankings, Brown is ranked number five, while Means is nowhere to be seen. Brown says he knows the struggles of making it into the top 10 in the welterweight division. Therefore, he feels he must make a statement:

“If you’re not in the top 10, you’re going to get smashed. The thing about the welterweight division is how hard it is to get in the top 10 and once you’re there, you’re dealing with a bunch of savages. That’s what I’ve got to make a statement to show that I’m part of the savages in there. I want to show you’re not f–king with me. Nobody is.”

In his quest to become a UFC champion, Brown is putting everything outside of fighting on the back burner:

“I’m getting rid of everything in my life that is not a part of fighting. Like I shoot guns all the time, I go off-roading in my Jeep all the time, all these things. I just sold my Jeep. I just sold a bunch of guns and I’m going to be selling a bunch more. Just little things like that. Just one thing after another. I’m cleansing everything out that is not conducive for me to become a champion.”

We’ll see if those sacrifices pay off starting with UFC 189 this Saturday.