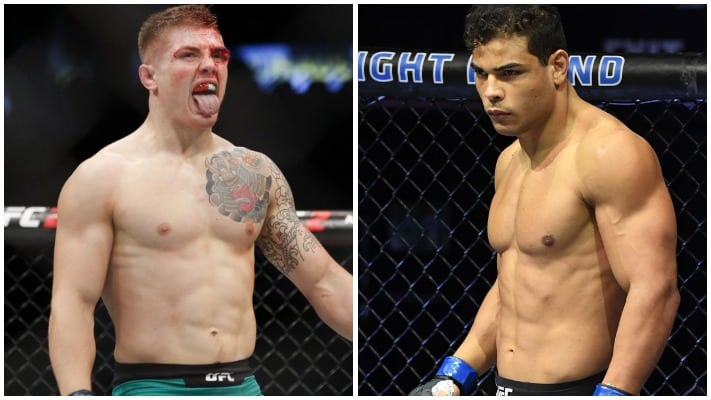 Marvin Vettori and Paulo Costa are the most recent fighters to try and fail to dethrone middleweight champion Israel Adesanya.

‘The Italian Dream’ fought to a contentious split decision defeat the first time he fought Adesanya. ‘The Last Stylebender’ made much easier work of Vettori the second time around, with a dominant display over five rounds that no one (except Vettori) actually disputed.

Before that, Adesanya made quick work of Costa who he finished inside two rounds. Post-fight, ‘Borrachinha’ blamed his poor performance on a hangover. The Brazilian claimed he was struggling to sleep the night before the biggest fight of his life and drank a bottle of wine in the hope it would help him drift off.

During a recent interview with ESPN, the 28-year-old dismissed Costa’s hangover excuse, he said.

“How would you even think about drinking a bottle of wine the night before a title fight? And again, even if you drink a bottle of wine, by the next night, I mean, don’t get me wrong, there’s nothing to do but you should be fine. Maybe not perfect but with the adrenaline that pumps in for a title fight with the lights and with this, like, how serious the situation that you’re going in, like, your mind will clear. Kind of like giving the fault to that is an excuse anyway.” (Transcribed by Sportskeeda)

Vettori and Costa are set to headline at UFC Vegas 41 this weekend. Despite their recent defeats to the champ, both men remain top contenders at 185lbs. Whoever comes away with the win on Saturday night would be well placed for a potential number one contender’s fight in 2022.

Do you agree with Marvin Vettori? Did the bottle of wine Paulo Costa drank the night before his fight with Israel Adesanya have no impact on the result?