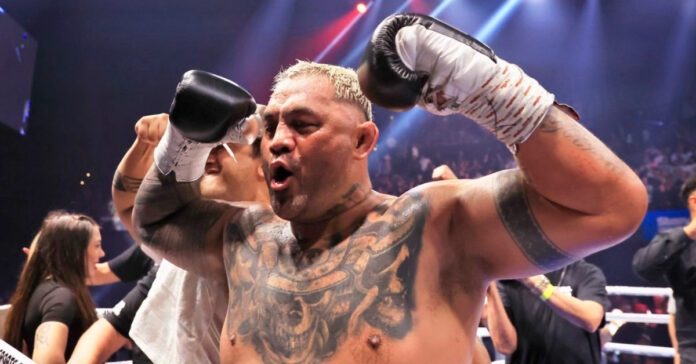 At 48 years of age, Mark Hunt continues to defy the odds and make statements, having scored a vicious KO over the undefeated 9-0 (before the bout) boxer Sonny Bill Williams.

With this victory, it begs the question of what is next for Hunt. It seems that no matter what that may be, Hunt will always be an underdog looking to spoil someone’s night and after last night’s finish, it seems it could be a popular occurrence.

We’ve had the pleasure of seeing ‘Mark Hunt ‘The Super Samoan’ competing since before 2000. In 2010 we saw the UFC debut of Hunt where he created moments such as his KO against Frank Mir, Derrick Lewis and Antonio Silva. By the end of his UFC tenure, Mark Hunt finished 8-8-1 within the promotion having finished with a 88% finish rate.

So far during Mark Hunt’s boxing career, he has seen himself accumulate a record of 1-2-1 with his previous bout ending in a UD loss at the Bankwest Stadium against Paul Gallen. The common trend of these bouts has been Hunt coming in as an underdog, but as the old saying goes “every underdog has its day” with Hunt proving this emphatically by creating another viral finish.

In the lead-up to this fight, Mark Hunt was a +340 underdog, who was seen as just another stepping stone for current boxer and former rugby legend Sonny Bill Williams. A large majority of people were questioning this bout with Hunt being over a decade older than his opponent with the buzz around the fight being quite low up until the KO victory.

It’s safe to say that Mark Hunt doesn’t look finished yet, with 2023 looming it leaves a lot of intrigue as to how this next year looks for Hunt. Could it be a continuation of what we just saw? Or will this be a flash-in-the-pan moment that MMA fans can look back on and still be shocked by how Mark Hunt pulled off such a victory at 48 after years of competing in combat sports?

What did you think of Mark Hunt’s underdog win?