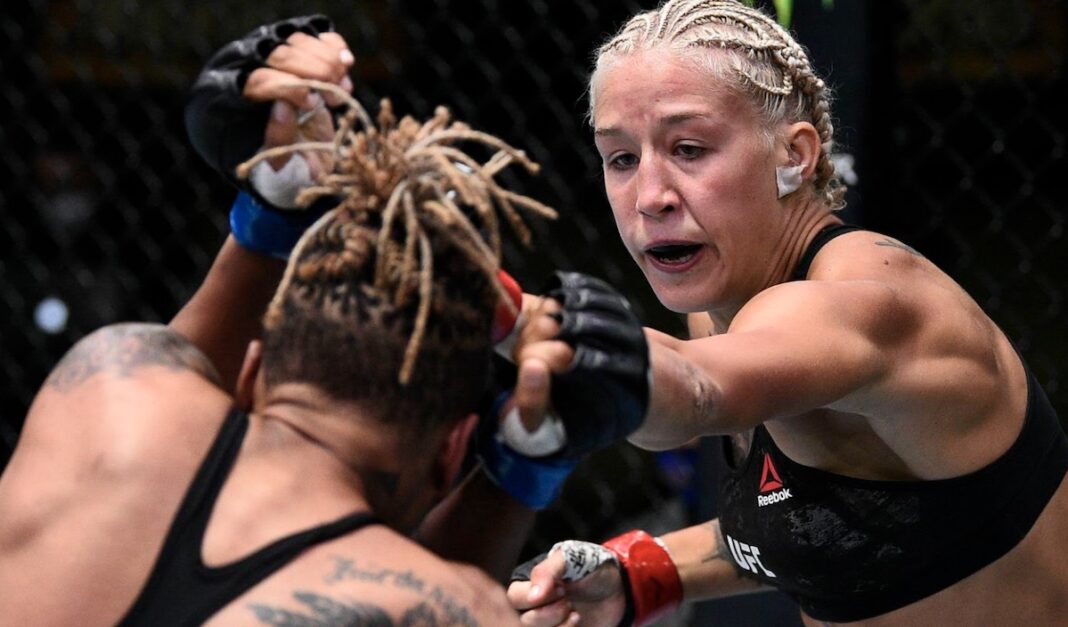 Mariya Agapova is coming off of a dominant submission victory against Sabina Mazo last month in October. She finished her opponent via rear-naked choke in the third and final round at UFC Fight Night.

The Kazakhstani was actually the underdog against Sabina Mazo, but she went on to not only win, but she secured $50,000 in a performance of the night bonus.

The young star has a huge ceiling with already having her third fight in the UFC by 24 years old.

Unfortunately, a swirl of rumors has recently gone out about Agapova coming from former teammate Maryna Moroz.

Mariya Agapova recently explained that any rumors of drug addiction are completely false when speaking to James Lynch on All Access MMA.

“Yes I have my troubles and everything, but saying that I am [a] drug addict and that I have problems with drugs that’s totally a lie. Yes, I do have some medical doctor prescribed [drugs], but it’s my personal business and nobody else’s. Even if I do medical drugs, I do it for my health because the doctor prescribed me, and this is no one’s business… talking on interviews about my problems is very disgusting.”

A fight between Maryna Moroz and Mariya Agapova would be instant fireworks with bad blood behind the two. She does want to fight Maryna, but she explained that Moroz is currently undergoing visa issues.

Later on in the interview, Mariya went on to explain her ideal return date.

We will see what’s in store for Mariya in 2022. For now, we will have to wait for a fight announcement for the young fighter.