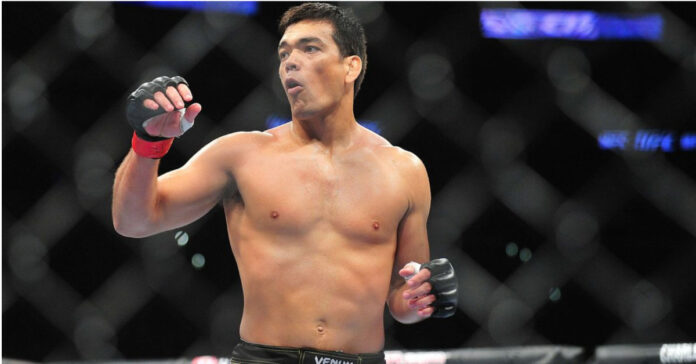 Former UFC light heavyweight champion, Lyoto Machida, has offered up several names of potential opponents as he aims to return to the UFC for his final MMA fight.

Machida parted ways from the organisation in 2018 after back-to-back victories over Eryk Anders and Vitor Belfort. He would sign for Bellator and make an impressive start which saw him defeat Rafael Carvalho and fellow UFC alumni, Chael Sonnen.

However, things would begin to go south from here for Machida as he lost his next four bouts, most recently being stopped by Fabian Edwards in the first round at Bellator 281.

Machida recently revealed that he has been released by Bellator and wishes to return to the UFC to compete in what would be his final MMA matchup.

During an interview with Canal Encarada, Machida laid out his plans and suggested several potential opponents with whom he wishes to share his last dance.

“I like the UFC a lot and I’ve always loved fighting there,” Machida said. “I know it’s not easy with the way the UFC works today, but I would love doing one final fight in the UFC, maybe in Brazil. A farewell fight. It was in the UFC that I had the most exposure, where I was champion, and I’m grateful for everything I lived there.”

“I had no conflicts with the UFC even when I left because I always respected their position as promoters, and that was very important because I knew my place,” he added. “The UFC is the biggest platform in MMA, can’t compare. I liked fighting in Bellator because I needed that change, but I’m in a different moment today.”

At age 44, Lyoto Machida no longer wishes to face the up-and-coming athletes in this game and prefers to face a fellow veteran of the sport in his final outing. ‘The Dragon’ even has several potential names that spring to mind.

READ MORE:  Alexander Volkanovski looking to defend two world titles in the UFC: "Trust me, nothing is impossible."

“There are many guys that fit well,” Lyoto Machida said. “Luke Rockhold is a nice name, Robbie Lawler too, because they have a similar age and have similar interest in fighting one last time and retiring.”

Luke Rockhold had retired upon his final outing when he shared the cage with Brazilian powerhouse, Paulo Costa, back at UFC 278. However, since that moment the former middleweight champion has gone back on his statement and re-instated his interest in still competing under the UFC banner.

READ MORE:  Israel Adesanya reveals plan to survive Alex Pereira knockout barrage: 'I was waiting for him to gas out'

His other ideal opponent, Robbie Lawler, is still actively competing and returns to the octagon on December 10th to take on Argentinian brawler, Santiago Ponzinibbio.

Should Machida be granted his wish, he feels fans of the sport would enjoy seeing him face off against either of the two previously named opponents.

“Everybody would like watching that,” Lyoto Machida said. “I’m in great shape, never entered a fight untrained. I’m training every day.” (Transcribed by MMAFighting)

Acting as a UFC matchmaker, who would you partner up with Lyoto Machida in his final octagon appearance?