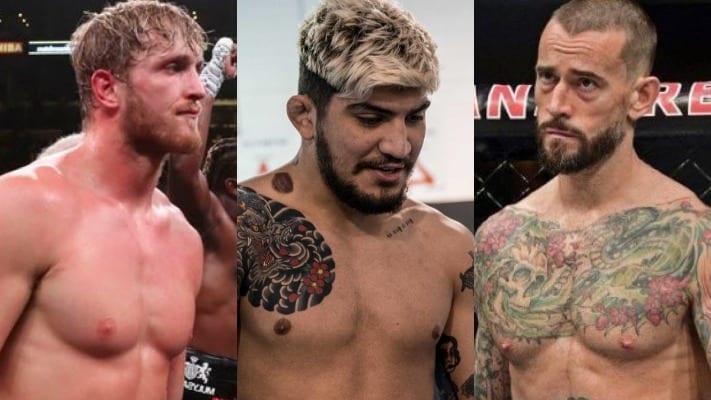 YouTube star Logan Paul might not have gotten the result he wanted in his professional boxing debut against fellow video star KSI, but that isn’t stopping Paul from further pursuing a career in combat sports.

“I am [open to fighting CM Punk]. I think I would destroy CM Punk if I’m being honest. I don’t know if anyone would disagree with that. He lost all (his UFC fights). I know I can take him,” Paul said.

Paul was also asked about possibly fighting Bellator MMA star and jiu-jitsu ace Dillon Danis. Danis has been feuding with Logan’s brother, Jake, online for some time now. Logan called Danis a “f*cking p*ssy,” and said he’d be down to box the undefeated mixed martial artist.

“To be honest with you I’d fight Dillon any day. Dillon, you’re a f*cking pussy. You’re a lot of talk and no one in the MMA community likes you. You got a few Twitter followers who are on your d*ck and that’s it. I can assure you if you came over to the YouTube space we’d f*ck you up, specifically me,” Paul said.

“I’d probably box the guy, his BJJ game is too good for me to try and roll with him. But boxing bro? MMA guys, we sparred a lot of them training for KSI because of the wild punches. I would love to box Dillon Danis. But do the fans want to see me box Dillon? Does Dillon put people in seats? Who the f*ck is Dillon Danis? He’s Conor McGregor’s friend and he’s a punk-ass kid who chirps on Twitter. He’s got fat thumbs.”

What do you think about Paul calling out Punk and Danis?