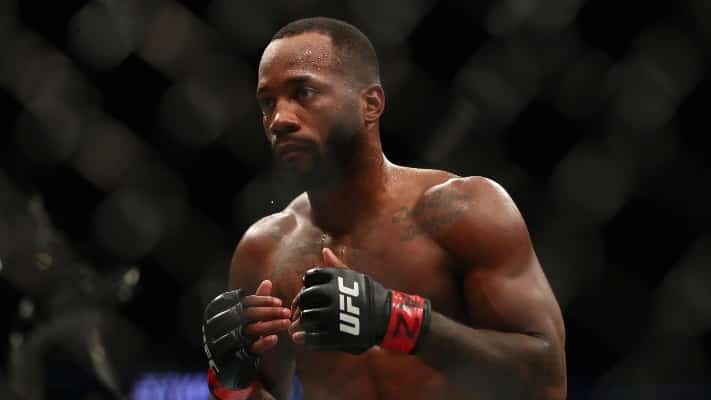 UFC welterweight contender Leon Edwards apparently has zero interest in a potential No. 1 contender fight with Jorge Masvidal and is willing to play the waiting game for a rematch against Kamaru Usman for the welterweight belt.

Edwards is fresh off his largely impressive win over Nate Diaz at UFC 263 earlier this year, surviving a late barrage to secure a unanimous decision victory. It has been quite a battle back to fighting for Edwards, who fought to a no-contest against Belal Muhammad in his first fight in nearly two years back in March.

Edwards and Masvidal have had their fair share of history in the past, stemming from their post-fight brawl following UFC Fight Night 147 in London. Both fighters won their bouts and proceeded to engage in trash talk which escalated into an all-out melee backstage.

Despite the obvious fan interest that an Edwards vs. Masvidal fight would generate, Edwards isn’t very keen on the idea of that happening next for his fighting career.

“My next fight will be for the world title,” Edwards tweeted. “I don’t want to hear nothing about a guy coming off of a two-fight skid and got KO’d in his last fight.”

Edwards is obviously alluding to Masvidal’s back-to-back losses to Usman, most notably his knockout defeat to Usman at UFC 261. Masvidal hasn’t fought since but is anticipating and planning for a return to the octagon before year’s end, although nothing is currently in the works.

Edwards will likely have to wait quite a bit as Usman will fight Colby Covington in a title rematch at UFC 268. He’s also in the middle of a title hunt which includes the surging Vicente Luque along with former title challenger Gilbert Burns.

Edwards remains one of the top welterweight contenders and will assumingly get a title shot sooner rather than later.

Do you think Leon Edwards should get the next title shot?