LowKickMMA.com
Home UFC News Leon Edwards Reportedly On Standby To Step In For Nate Diaz At... 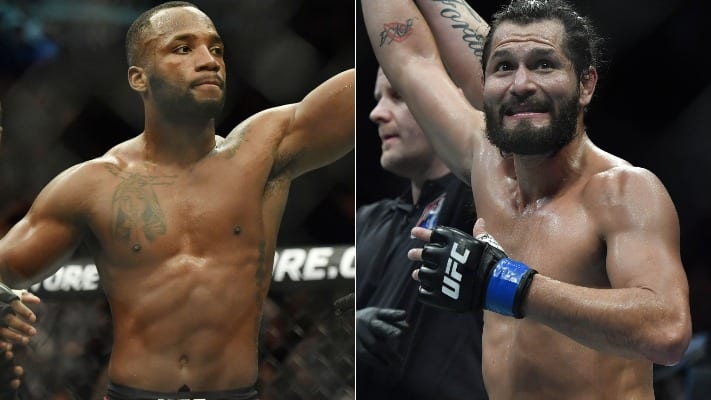 The UFC seemed to be prepared as Leon Edwards is the reported frontrunner to step in for Nate Diaz at UFC 244 on November 2.

On Thursday, Diaz announced the bombshell news that he would be pulling out of his UFC 244 headliner against Jorge Masvidal after testing for “elevated levels” from a likely tainted supplement.

Diaz denies the accusation, however, and says he will not be competing until the UFC or the United States Anti-Doping Agency fix the issue. For now, it looks like the fight is off but Masvidal could still compete.

According to Chisanga Malata, the UFC kept Edwards ready as a potential replacement by paying him to be in training camp. “Rocky” is now likely to step in against Masvidal:

“””Been told the UFC have had a replacement on standby in case of injury or unforeseen circumstances scuppering Jorge Masvidal vs Nate Diaz,” Malata tweeted. “That man is none other than Leon Edwards. He’s been paid to be in training camp and is likely the front runner to replace Nate. #UFC244“

Edwards and Masvidal is still a big fight, especially given their rivalry which began at UFC London earlier this year following a backstage altercation. However, whether it’s worthy of headlining Madison Square Garden is another question.

What do you think of Edwards replacing Diaz?