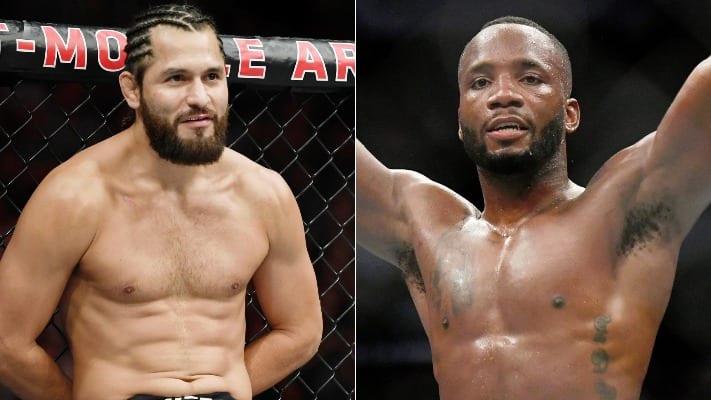 Jorge Masvidal is sticking to his guns. “”Gamebred” has no interest in fighting Leon Edwards, and wants instead a meeting against welterweight champion Kamaru Usman or Conor McGregor.

However, that puts Masvidal in a difficult situation. Colby Covington has emerged as the frontrunner to face Kamaru Usman for the 170-pound title. After his win over Robbie Lawler this past weekend, Dana White has confirmed “Chaos” will receive the next title shot. As for McGregor, his Octagon return remains up in the air, and White has already shot down a potential fight between the Irishman and Masvidal.

With that being said, Edwards wants his shot at “Gamebred.” Speaking to MMA Junkie, however, the Englishman reveals Masvidal has already turned the fight down.

“I’ll be ready to go at the end of the year and hopefully get one of those fights. They’re saying Masvidal said no, he doesn’t want the fight. He’s trying to outbid himself, saying he wants a stupid amount of money to fight. So I’m ready to go. I’m just waiting to see what happens, and so I’m looking forward to it. Hopefully we get the fight done.”

As far as Masvidal demanding fights between either McGregor or Usman, Edwards doesn’t see how the Miami native holds such leverage. He’s 2-2 in his last fights, but his two victories have been back-to-back vicious knockout wins over fellow elites Darren Till and Ben Askren.

“I just don’t see where he gets the nerve to be demanding, making demands on what he wants,” Edwards said.

What do you think about Edwards claiming Masvidal turned down a fight with him?