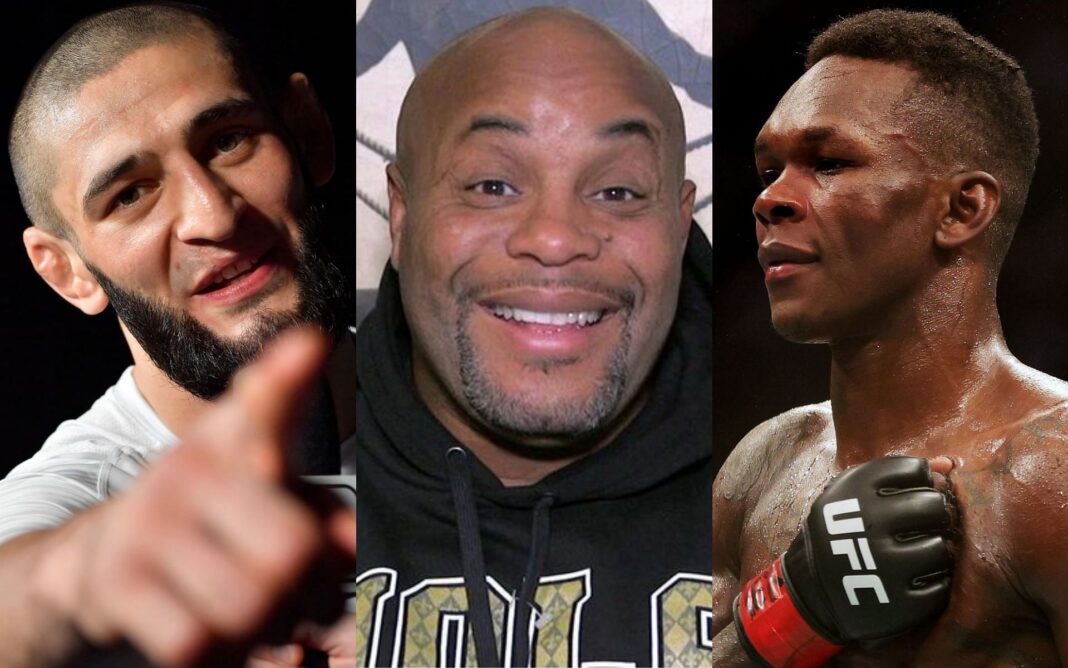 Khamzat Chimaev is one of the fastest rising stars in the history of the UFC. It’s not all for nothing as Chimaev has barely been hit in 4 UFC fights. The Welterweight tweeted at the Middleweight champion Israel Adesanya after his title defense over Robert Whittaker last weekend at UFC 271.

Former double champion, Daniel Cormier chimed in on a potential Adesanya-Chimaev matchup with a notable opinion,

“I’ve been hearing Chimaev from a lot of people. [Henry] Cejudo said it this morning. My problem with Chimaev is: Chimaev’s going to rush, and because he’ll rush to get Izzy out of there, he’s gonna get himself into trouble,” said Cormier.

“I don’t know if Chimaev is the guy because he’s obviously smaller (than Adesanya). But his style won’t allow for him to sit back with Adesanya.”

Chimaev responded to DC with a tweet of his own:

While Chimaev’s next fight has yet to be officially announced, it’s likely it will come against #2 ranked Welterweight Gilbert Burns. A finish and win against Burns would skyrocket the rising star into a potential title fight against Welterweight champion Kamaru Usman.

Do you think Khamzat Chimaev will beat Burns and go on to face Usman in 2022?