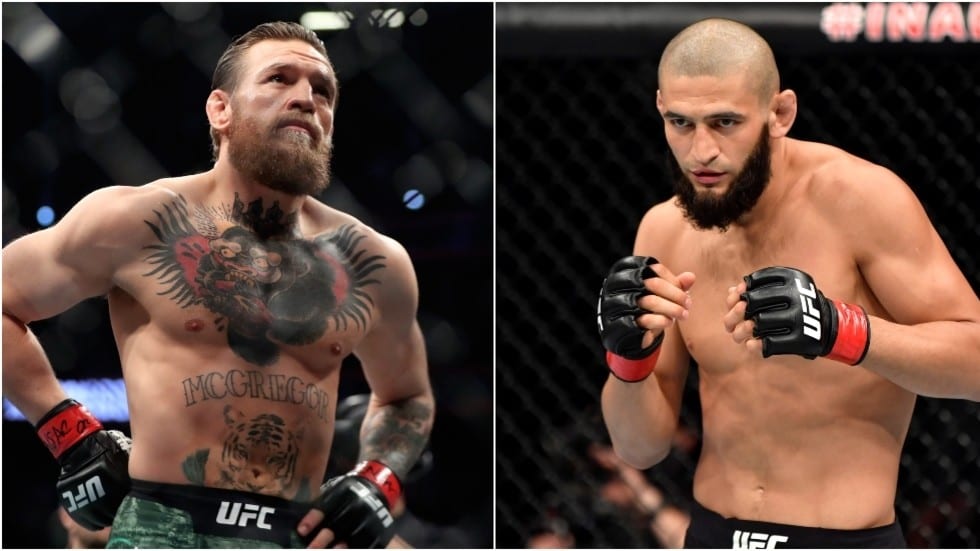 Welterweight prospect Khamzat Chimaev has been recently calling out to top UFC star Conor McGregor, claiming he would stop the Irishman in the first round if they fought.

Chimaev has quickly made a name for himself as he became one of the stars of the UFC Fight Island events. After making his UFC debut at UFC Fight Island 1 with a submission win over John Phillips, Chimaev made UFC history when he picked up a second win in just 10 days when he defeated Rhys McKee via TKO at UFC Fight Island 3. The top prospect from Sweden is now being touted by fighters, fans and media alike as a future world champion.

Speaking to TMZ Sports, Chimaev spoke about what he would do to McGregor if they did end up fighting.

While there are certainly some big differences between the fighters in terms of rankings and prestige to fight each other, Chimaev is confident he would end the Irishman,

“Let’s fight. Don’t talk, fight. If you’re real gangster, if you’re real man, then don’t talk on Instagram. Just come in the cage and talk in the cage and say something to me. You’re sitting in Ireland and talking to me while I sit in Sweden. We can meet in Abu Dhabi or Las Vegas. Send me location like Khabib says. I come to smash your face,” Chimaev said. (Transcribed by BJPENN.com)

This top prospect is making some real noise in the MMA world, and making it fast. Do you think Khamzat Chimaev and Conor McGregor will ever fight? How would you foresee that playing out?