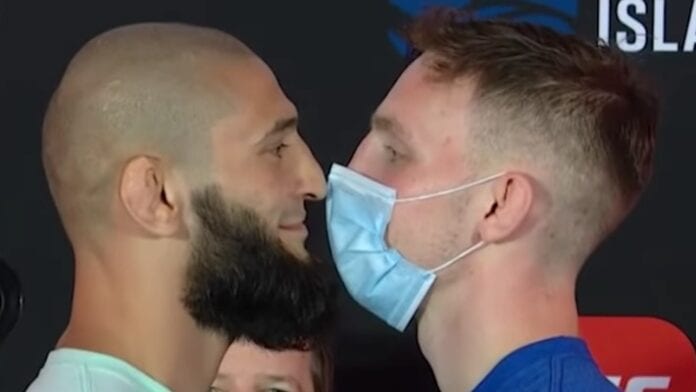 Kicking off the UFC Fight Island 3 main card is a welterweight bout between Khamzat Chimaev and Rhys McKee.

Round 1: Right away, Chimaev grabs McKee and drags him on the feet before taking him down. Chimaev takes his back and starts to land heavy ground and pound. McKeev turns but gives up full mount. McKee gets out but receives hard hammerfists. Chimaev looks for the choke but decides to land strikes instead. He continues the onslaught before the referee sees enough and ends the fight.