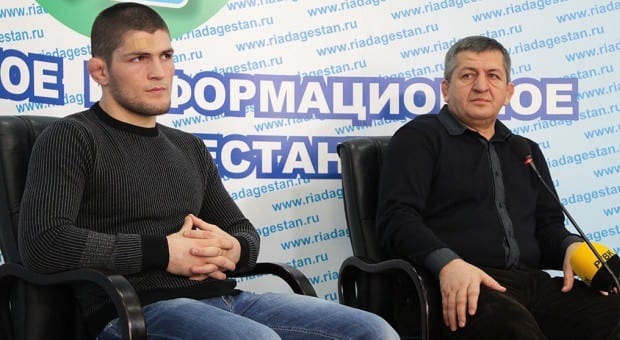 The MMA world has been turned upside down after Tony Ferguson pulled out of his lightweight title fight against Khabib Nurmagomedov just six days before the fight.

While fighters have offered their thoughts on the fourth cancellation of Ferguson vs. Nurmagomedov, Khabib’s own father insists that team Nurmagomedov will eventually pursue a fight with Ferguson regardless:

“As long as Ferguson is able to walk, we’ll demand this fight. We’re ready to fight with him any time and under any circumstances. We’re wishing him to get well, and waiting for him.”

“He’s a very dangerous opponent, who dropped Jose Aldo in his last bout. He’s very fast and a smart fighter, so this is going to a very interesting fight. I think Holloway is not any less interesting than Ferguson.”

UFC featherweight champion Max Holloway will instead step in for Ferguson, whose interim lightweight strap will be stripped once the first bell sounds at the main event of UFC 223 in Brooklyn on Saturday.

Should the UFC ever opt to book the two again, it would be the fifth time the two have been scheduled to fight.

UFC President Dana White unequivocally denied his intention of ever putting on a Ferguson vs. Nurmagomedov bout again, but the Dagestani’s father seems intent on getting his son to finally face Ferguson some way or another.

Do you ever expect to see the two square off? Will White eventually repent and attempt to book this fight again?