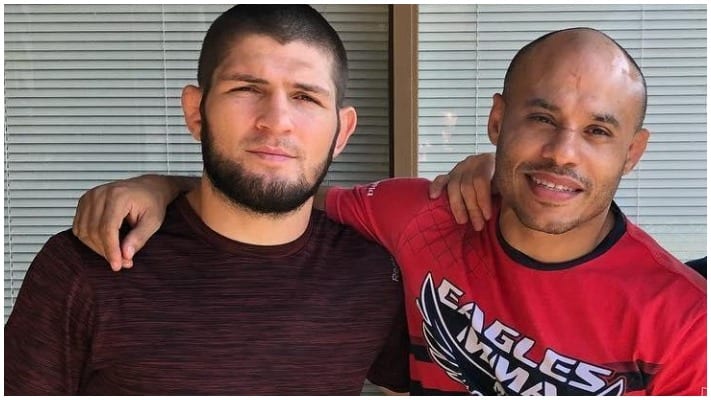 UFC lightweight champion Khabib Nurmagomedov will fight Justin Gaethje later this year despite the death of his father earlier this month.

The undefeated Russian was expected to face interim lightweight champion Gaethje at UFC 253 in September. However, that now seems unlikely after his father, Abdulmanap Nurmagomedov passed away due to health issues stemming from contracting the coronavirus.

MMA manager, Ali Abdelaziz has moved to squash rumours his client is retiring from the sport. He also says he and Nurmagomedov are currently in discussions with the UFC about his next fight.

“Khabib is not retiring,” Abdelaziz told TMZ Sports. “Khabib has some goals to accomplish. You will see him before the end of the year. Now him and Dana are talking and me talking to the matchmaker and we are trying to set a date. I’m sure Dana is going to let everybody know when Khabib is going to fight.”

Abdelaziz then began selling the prospect of Nurmagomedov fighting Gaethje and even told fans to expect to see this “blockbuster main event” by the end of 2020, he said.

“You will see Khabib and Justin fight before the end of the year for sure.”

Nurmagomedov hasn’t fought since defending his title agiasnt Dustin Poirier at UFC 242 in September 2019. In the meantime, Gaethje picked up the interim belt by upsetting Tony Ferguson at UFC 249 in May.

Do you think we will see Khabib Nurmagomedov vs. Justin Gaethje in 2020?