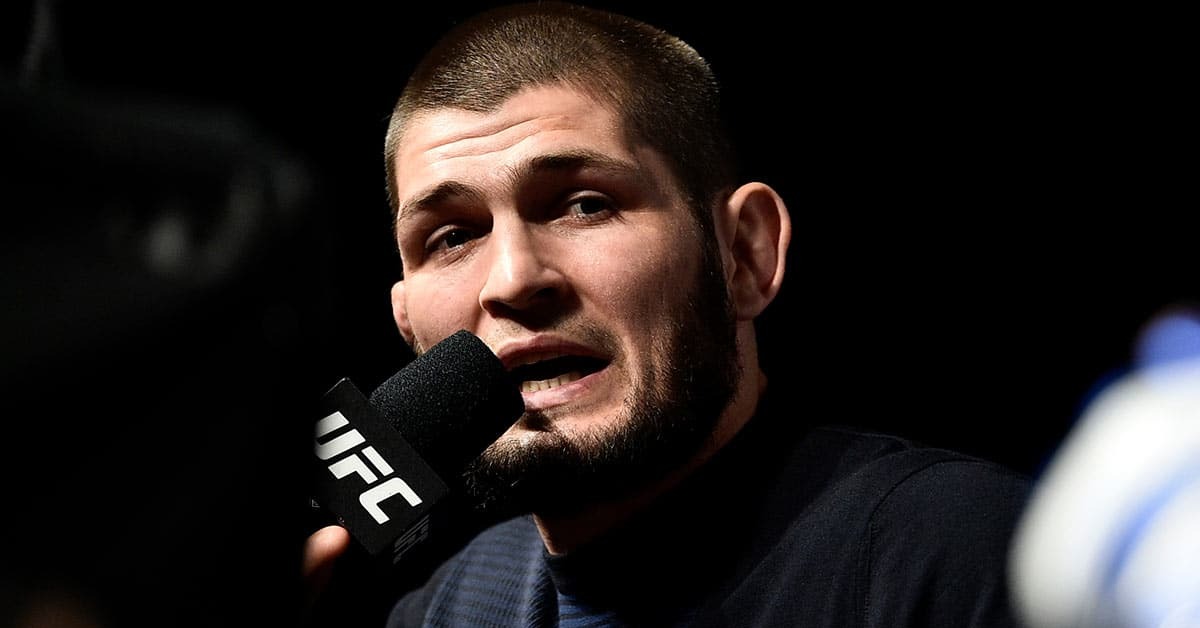 Khabib Nurmagomedov was quick to suggest his teammate, Islam Makhachev, should get a title shot after beating Bobby Green at UFC Vegas 49.

Makhachev was supposed to face Beneil Dariush on Saturday night in what would’ve been the toughest test of his career to date. Unfortunately, Dariush was forced out of the bout and replaced by Green who is unranked and took the fight on just a few days’ notice.

The #4 ranked lightweight ran through Green inside one round and during his post-fight interview asked for a shot at the 155lb title currently held by Charles Oliveira. ‘The Eagle’ said the same thing when he was interviewed after watching Makhachev stretch his win streak to 10 in a row.

“This is what we expect,” Nurmagomedov said post-fight at UFC Vegas 49. “Like, finish in the first round. Islam said at the weigh-in, it’s not going to be five rounds it’s going to be two or one rounds because of a lot of things. Amateur career, professional career, UFC career, or win streak. It’s about his age. It’s about how he’s hungry, everything comes together, you know.

“Islam is on (a) different level right now,” Khabib added. “He needs someone high-level fighter, like with the same win streak. Like Charles Oliveira – they have to make this fight. If Charles beats Justin Gaethje it’s going to be an amazing fight. It’s going to be a huge fight for the UFC.”

The former UFC lightweight champion was clearly happy after watching Makhachev dismantle Green last night but in the build-up to the event, he gave his budding star a bit of tough love.

Nurmagomedov wasn’t happy to hear Makhachev complaining about his media duties in the build-up to UFC Vegas 49 and let him know that dealing with things you’d not want to do while cutting weight is part of being a champion.

“If you don’t want to make a lot of interviews, just lose, nobody gonna come. You have to lose, but if you wanna become champion. Ok,” Nurmagomedov said.

Do you agree with Khabib Nurmagomedov? Should Islam Makhachev get a title shot next?