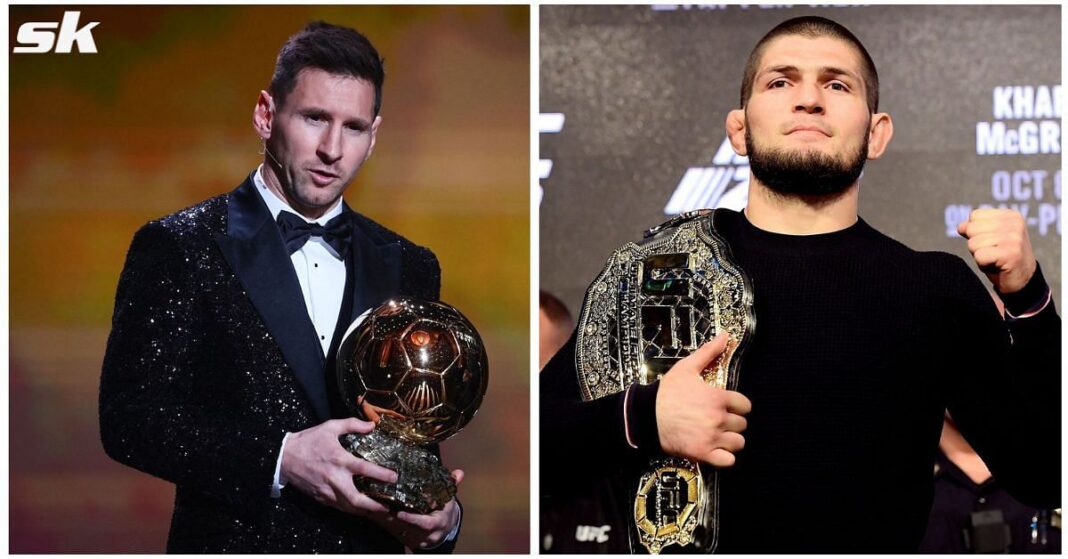 Retired UFC Legend Khabib Nurmagomedov has asserted himself into the soccer world, most recently claiming that Bayern Munich superstar Robert Lewandowski deserved to win the Ballon d’Or award over fellow soccer great Lionel Messi. The Ballon d’Or is given yearly to the best soccer player in the world, an award Messi has won a record 7 times.

“I would give it to Lewandowski or Benzema. One of them. Lewandowski,” Nurmagomedov said, as the Mirror reported.

“I think. Last three years, he is the best football player. We can just look at his results. What he does. He has won the Champions League. He has scored more than 120 goals last two years. For the national team and club.

“It is an amazing result. For the entire football history, I cannot remember, we can name a pair of players who scored 120 goals over two years. He has 65 goals this year. It is too much. For football I think it is too much. I think he deserves Ballon d’Or.”

The Russian superstar and former Lightweight king has previously stated his desire to go professional in the soccer world and has stated that he’s received multiple offers from a multitude of clubs throughout Europe. He did admit, however, that football shape and MMA shape are very different and he would have to train properly if he were to enter the football world.

‘When you have to fight in MMA and you have to play in football, these are two different [things]. But I don’t know [if I’ll play professionally.

‘If some clubs offer me [a deal] and they make me an interesting [offer], I would accept.”