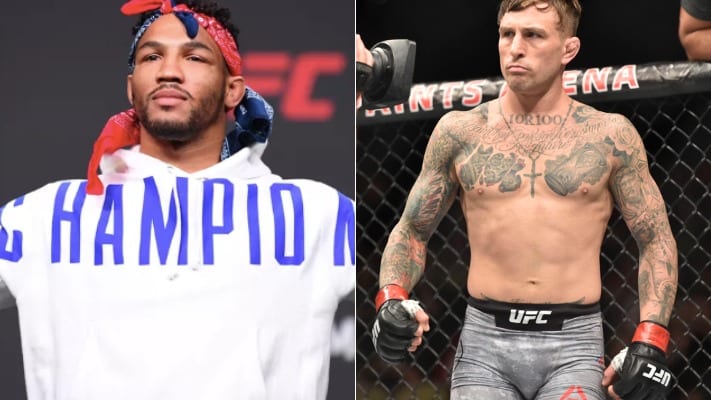 Kevin Lee will be dropping back down to lightweight at UFC 244 this November. The former interim 155-pound title challenger takes on highly-touted prospect Gregor Gillespie.

Lee is on a two-fight losing streak, so the decision to fight a streaking prospect in Gillespie – who has looked extremely dominant – was questioned by most. Speaking with theScore, Lee admitted that the fight may not have been the smartest to take next. (H/T Bloody Elbow)

“To be honest with you, this is the dumbest fight I could’ve took,” Lee said. “A guy who’s incredibly tough, he can take a hell of a shot, he can keep coming forward, and he can make a fight really boring, he can make it really frustrating for you.

“And he’s got a hell of a gas tank, too. So, this is the most dangerous fight I could’ve took. It really don’t make much sense, but I love a challenge, I love doing sh-t like this.”

Lee heaped praise on Gillespie’s grappling ability, acknowledging he can’t let himself get taken down, as he likely won’t be able to get back up. Especially for a fight that’s only three rounds.

Who do you think wins the scrap between Lee and Gillespie?