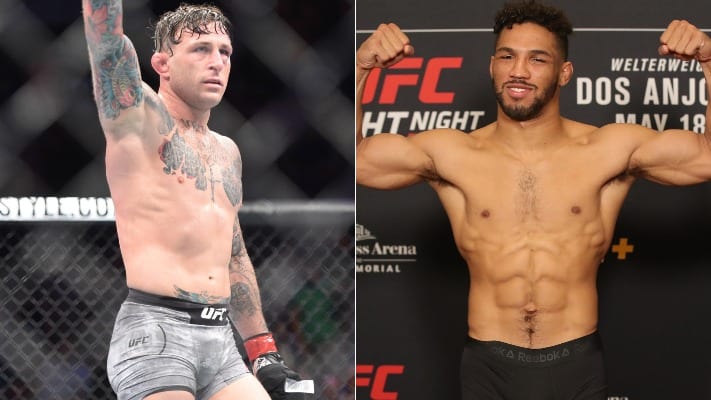 It looks like the UFC is looking to continue to stack the deck for their UFC 244 pay-per-view (PPV) card in November.

According to a report from MMA Junkie, the UFC is targeting a lightweight bout between Kevin Lee and Gregor Gillespie. This will be a very intriguing matchup given both men’s wrestling credentials. It also marks Lee’s return down to lightweight after a brief welterweight try.

Lee is on a two-fight losing skid, not having won since dominating Edson Barboza in April of last year. “The Motown Phenom” was then edged out by Al Iaquinta at lightweight before jumping up to 170 pounds to face off against Rafael dos Anjos, who beat him via submission. He’ll take on the undefeated Gillespie, a 32-year-old former NCAA Division I wrestler.

Gillespie is 13-0 in his mixed martial arts (MMA) career, finishing five of his six UFC bouts. In his last outing, Gillespie finished Yancy Medeiros via second-round TKO with one second left in the round. With a win over Lee, Gillespie could demand a top-tier matchup next that could get him into the title conversation.

Many have wondered how Gillespie’s dominant wrestling would match up with that of Khabib Nurmagomedov‘s. It will be interesting to see how he fares against a well-rounded competitor in Lee.

What do you think about Lee taking on Gillespie at UFC 244?