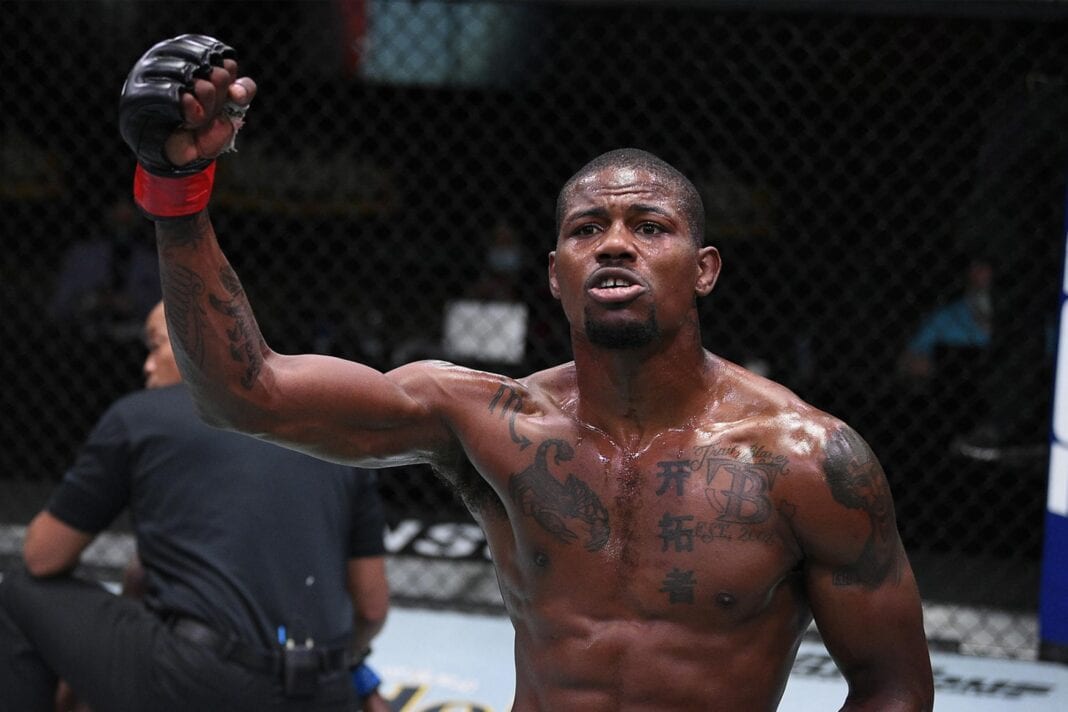 Kevin Holland reacted to his loss to Marvin Vettori on social media last night by calling for Vettori to fight Derek Brunson, who also beat Holland via a unanimous decision three weeks ago. (H/T MMA Junkie.)

Holland lost his second fight in three weeks last night when he faced Marvin Vettori in the main event of UFC Vegas 23 last night. Similarly to his fight with Derek Brunson three weeks ago, Holland struggled on the ground. Vettori won the fight 50-44 on all three judges scorecards.

Holland has since taken to social media to react to his loss and he has called for a fight between the two men who beat him.

Speaking to his 300,000+ followers on Instagram, Holland apologised to Darren Till for not beating Vettori. Till was originally supposed to fight Vettori in a tasty European match up, however Till pulled out of the fight with a broken collerbone with less than two weeks to go, this prompting Holland to step in.

“@darrentill2 sorry I didn’t get the job done, been a fan of your style and spirit a while so it’s always an honour to step up if you’re down, hope that doesn’t sound weird. Also wish you a speedy recovery.”

Kevin Holland then went on to call for Derek Brunson V Marvin Vettori whilst taking a poke at the similar style they used to beat him in their fights.

“@derekbrunson vs @marvinvettori next since you both hump so well…. props to you both you made me a better man.”

Holland then went on to say he believes Arnold Allen, who beat Sodiq Yusuff in the co-main event of last night’s card, would beat the pair.

Do you think Vettori and Brunson should fight and if they do who wins?