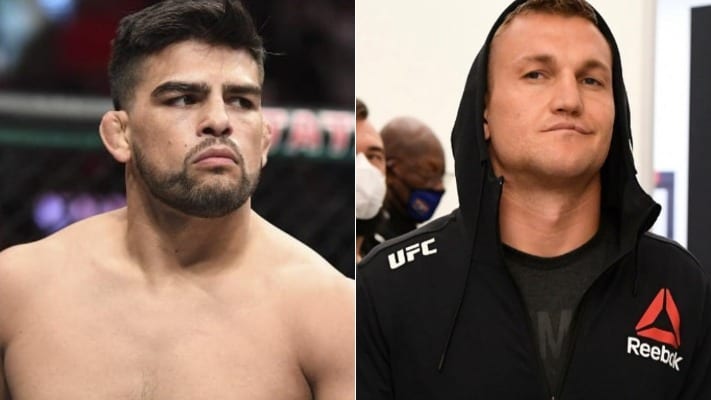 Kelvin Gastelum will look to return to the win column in January.

According to ESPN’s Brett Okamoto, the UFC is finalizing a middleweight bout between Gastelum and Ian Heinisch that will take place on January 30. Both sides have agreed to the matchup, however, there is no official location for the card as of yet.

Gastelum had been looking to land an opponent for a while and even recently called for Edmen Shahbazyan to sign a bout agreement. In the end, he was relieved to finally have an opponent in Heinisch.

“It’s been a process trying to book a fight, date & opponent. My health will be optimal come fight night. Excited to compete once again,” he tweeted Thursday.

Gastelum is currently on a three-fight losing streak and will be desperate to snap it in 2021.

The former Ultimate Fighter winner suffered a unanimous decision defeat to Israel Adesanya in their interim title fight war back in April last year. He would then get outpointed by Darren Till in November before suffering his most recent setback against Jack Hermansson in July when he was submitted in the first round.

Heinisch, meanwhile, will face arguably his biggest opponent yet in Gastelum.

The 32-year-old snapped a two-fight losing run with a first-round TKO win over Gerald Meerschaert in June. In total, he is 3-2 in the UFC since signing with the promotion in 2018.