LowKickMMA.com
Home MMA News Kelvin Gastelum To Edmen Shahbazyan ‘All We Need Is Your Signature’ 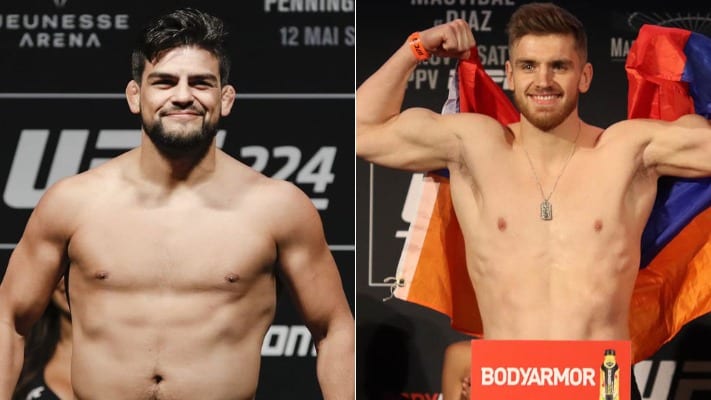 Gastelum tweeted “Hope all is well during this pandemic @edmenshahbazyan . I’ve been waiting to sign a contract, and all we need is your signature. Thank you 🙏 @AliAbdelaziz00 @Mickmaynard2 @danawhite @ufc”

It doesn’t seem that there is any bad blood between the two fighters, however both of them are coming off stoppage losses and are eager to get back into the win column. If this fight is made for later this year it would be Gastelum’s second fight of 2020 after he competed on UFC Fight Island 2 against fellow Middleweight contender Jack Hermansson, the fight ended disappointingly for Gastelum as he got caught in a heel hook in the very first round.

Shahbazyan on the other hand, got his first main event opportunity against Middleweight vet Derek Brunson in a three round fight at UFC Vegas 5. The 22 year old was handed his first loss in that fight where he got TKO’d in the third round and handed his first professional loss. Prior to that fight, Shahbazyan was undefeated in the UFC going 4-0 with 3 first round finishes.

Who do you think would win in this potential matchup between Kelvin Gastelum & Edmen Shahbazyan?