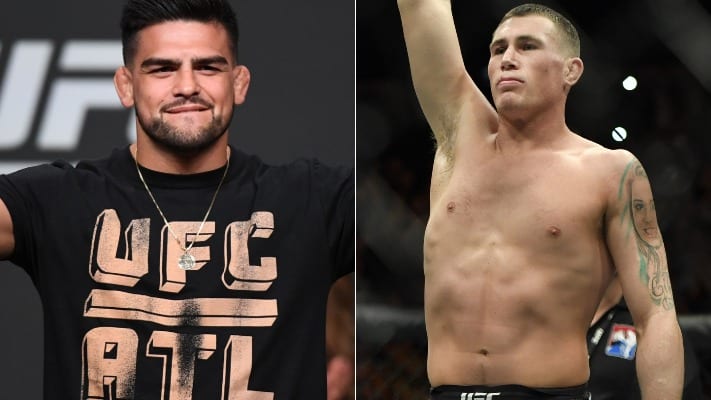 Kelvin Gastelum plans on reminding the world just how good he is when he takes on Darren Till.

Gastelum welcomes Till to the middleweight division when they meet in the co-main event of UFC 244 this weekend at Madison Square Garden, New York. It promises to be an explosive matchup between two of the best strikers in the sport today.

And Gastelum, in particular, is hungry to make a statement especially coming off his unanimous decision loss to current champion Israel Adesanya earlier this year:

“I got to go out here and make a statement,” he said in a recent interview. “Put a stamp on Darren Till. Unfortunately, he’s the one that’s in my way and I got to put him out in devastating fashion so I can make the world remember who I am.”

Considering the back-and-forth nature of his fight with Adesanya at UFC 236, it is entirely possible that a win against Till gives the Mexican-American another shot at the title in the future.

It will be even more so the case if he does it with a finish and that’s what Gastelum is predicting as he believes he’ll get things done as early as the first round:

“I’m predicting a first-round knockout,” he added. “I feel very confident in my skills and preparation. After having gone through a war, you only level up and I feel like I have leveled up and man, it’s going to be very hard to beat me.”

Who do you have winning the UFC 244 co-main event?