LowKickMMA.com
Home UFC News Kamaru Usman believes he is still the best welterweight in the world:... 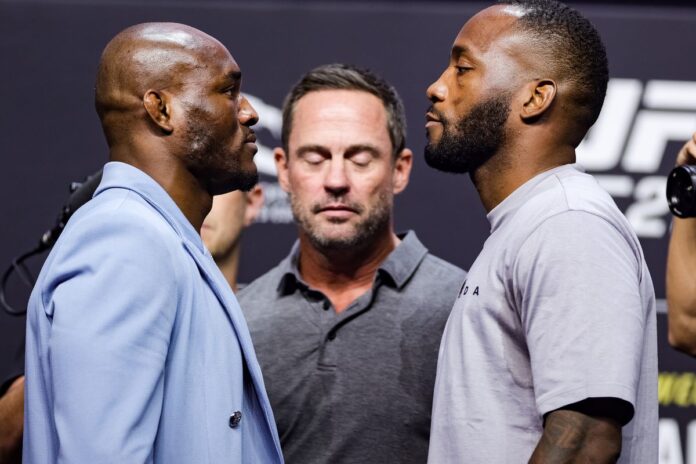 Kamaru Usman is ready to reclaim his welterweight title and show the world that he’s still the best 170-pounder.

The former Welterweight champ and pound-for-pound best, Kamaru Usman is ready to fly to the UK to get his title back from Leon Edwards. Despite suffering a shocking KO loss, it hasn’t shaken Usman’s confidence or his self-belief as he believes he is still the best Welterweight on the planet.

Usman recently sat down for an interview and had this to say.

This past August, at UFC 278, Kamaru Usman attempted to defend his title for the 6th time and everything looked to be going Usman’s way as he dominated Leon Edwards for a large part of 4 and a half rounds. But with less than a minute left in the fight, Edwards landed one of the all-time head kicks, which KO’d Usman instantly.

Since then, Usman has handled the loss very well, giving props to Edwards and even speaking on the relief he felt now that he no longer is chasing several different winning records. Despite all of this, it seems as if Usman’s confidence in himself has shaken as he believes he will get the better of Edwards in their trilogy bout.

No official news about the potential trilogy has come out, but all signs point to Leon Edwards defending his Welterweight title against Kamaru Usman sometime in the first quarter of 2023 in the UK.