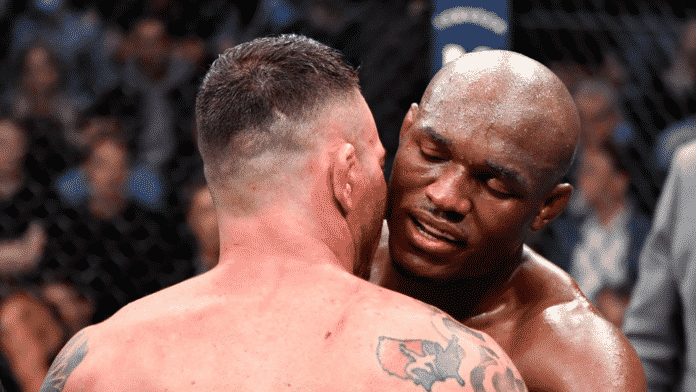 Usman won via Unanimous Decision to improve to 20-1 in MMA and an astonishing 15-0 in the UFC. He openly admitted that Covington is clearly the second-best fighter in the welterweight class. The respect for his rival was evident after the fight.

“As a competitor I respect him – that’s the next best guy in the division,” The champion told the media at the UFC 268 post-fight news conference. “This guy’s tough as nails. He’s very, very tough. Let’s be honest: (Muhammad) Ali needed a (Joe) or Frazier. All these guys. You can be the great one, but there’s always going to be the one guy that can push you. He is that guy. As much of him outside the octagon as most people don’t like, myself included, you have to respect him as a competitor.”

Meanwhile, in Covington’s post-fight presser, he said that he still has “unfinished business” with “cheater” Usman, but the Nigerian Nightmare explained that it would take a lot of work to get back to the top, although it’s seemingly entirely possible with Covington’s skillset in the octagon.

“I don’t know (if we’ll fight again),” Usman said. “That guy’s tough. I think he’ll tune up a lot of guys in the division so it’s up to him. If he’s willing to do the work and get back up here, and I’m still here, we’ll make it happen.”

Usman has put on a fighter of the year resume with impressive finishes over top contenders Gilbert Burns, Jorge Masvidal and now a five-round back and forth bout with Covington. While being asked what might be next for him, he stated that he’s taking some well-deserved time off with this family.

“I need some time with my daughter,” Usman said. “She passed out tonight (during my fight), so I don’t know. That lets me know that I have to give him some time. These are special to me. I need to make it memorable for her. I’ve been gone for almost 10 weeks, but I need to give her some time. I can’t even think about fighting right now.” (Transcribed by MMA Junkie)

There’s no doubt about it Kamaru Usman has earned the time off. One of the best fighters of 2021 and on one of the most dominant runs in UFC history as he starts his UFC career at 15-0.