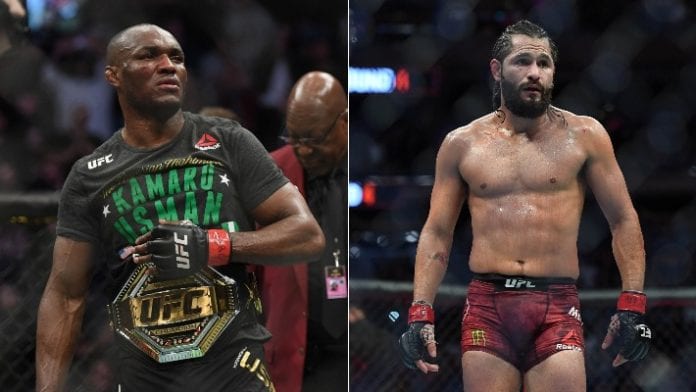 Although not 100 percent official it looks like Kamaru Usman will defend his welterweight title against Jorge Masvidal in the summer. The champion was talking up the potential fight to media including MMA Fighting over the weekend. Speaking about his future opponent, he says his knockout power is not something he’s really worried about.

‘The Nigerian Nightmare’ then went on to drag up his opponents high profile losses. Whilst attempting to prove the hype surrounding Masvidal is unjustified, he said.

Despite standing for five rounds with Colby Covington last time out, Usman insists he won’t be doing that against Masvidal. Make no mistake about it he’s going to take this fight to the mat.

Should Kamaru Usman be worried about Jorge Masvidal’s power?