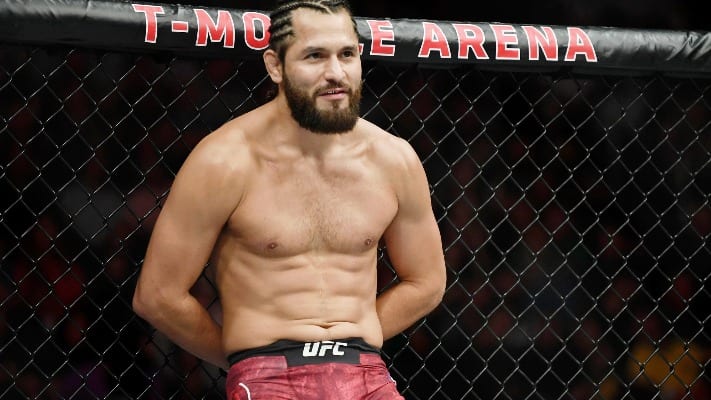 Jorge Masvidal has been speaking about his potential future fight against welterweight champion Kamaru Usman. Despite not being official yet, the pair are expected to square off in July during International Fight Week.

On the back of a massive year in 2019, “Gamebred” has turned his attention to “The Nigerian Nightmare.” Whilst winning his first UFC title would be a huge deal, Masvidal explained why fighting Usman is bigger than that.

“I’d break his face – I’d (expletive) his ass up,” Masvidal told MMA Junkie. “(The title) definitely signifies something. But more than that, beating Usman in a really bad way would be better for me in a way. He’s got a couple victories against a couple of my teammates, so I definitely got to represent for ATT there and take his head off.”

Masvidal and Usman got into a scuffle during Super Bowl Radio Row in Miami. The pair went viral, whilst shouting back and forth. Dana White went on record to scold the fighters. Masvidal, though, was keen to play down the situation.

“Nothing was going to happen there,” Masvidal said. “I’m not going to touch somebody that’s already incapacitated and (expletive). He’s a punk and I just wanted to tell him to his face, ‘I’m going to (expletive) you up.’ I don’t know what he got so upset about. I just wanted to tell him the truth that I’m going to (expletive) you up when we finally fight. He always says he wants people to keep that same energy and say it to his face, that’s exactly what I did.”

Once the fight is official don’t expect either man to let up on the trash talk. It’s very apparent Masvidal has a personal problem with Usman. One he’ll look forward to working out inside the octagon.

“He’s got like 38 personalities,” Masvidal said. “Every week I keep finding a new one. I don’t like any of them so far. I’ve known this guy for a while and he wasn’t that guy before. He was asking me for pictures and handshakes back in the day. Really his name is Kamarudeen. It’s not even Kamaru. He actually shortened up his real birth name. This guy is just a head case of head cases.”

Who are you picking in a potential fight between Masvidal and Usman?