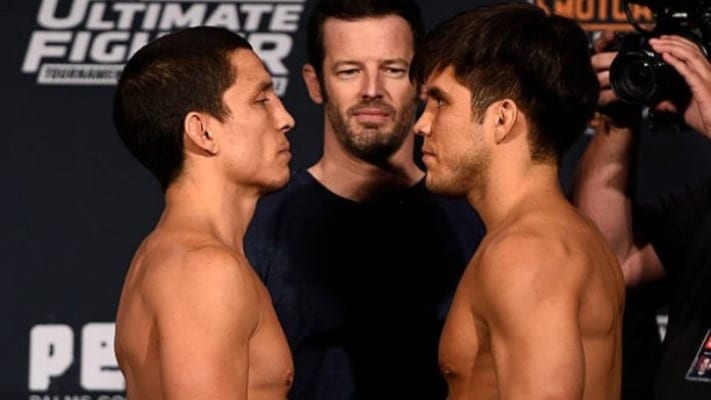 Joseph Benavidez has sent a simple message to Henry Cejudo.

“Cejudo is out there being weird,” Benavidez told MMA Fighting. “I actually did comment on one of his things the other day. It wasn’t crazy – I just said, ‘Stop asking who’s next when you’re making videos every day and you know it’s me.’ You’ve been told it’s me”

Even though the UFC has told Cejudo he needs to defend the flyweight belt, Benavidez is still worried the fight won’t happen.

“For me, there’s still an option of him not doing [the fight],” Benavidez admitted. “There’s a percentage of that. “‘Triple C,’ I don’t think he’d want to give up a ‘C’ or the chance to avenge a loss, but now it’s working on a timeline. When is he going to be healthy? When can he give a word about defending?

“Because I don’t want to wait until February, and he says he’s ready to fight, but it’s not going to be at 125. That’s what I’m trying to avoid right now.”

If the fight between Benavidez and Cejudo does not happen, he expects “Triple C” to relinquish the title.

“We know the deal — or relinquish,“ Benavidez said. “So let’s get a timeline now of when will he have to make a decision to defend. Because I’m OK with waiting, but to what end if it goes past a year and the guy ends up relinquishing the when we could have got things going in the division to keep momentum.”

Do you think Henry Cejudo’s next fight will be against Joseph Benavidez?