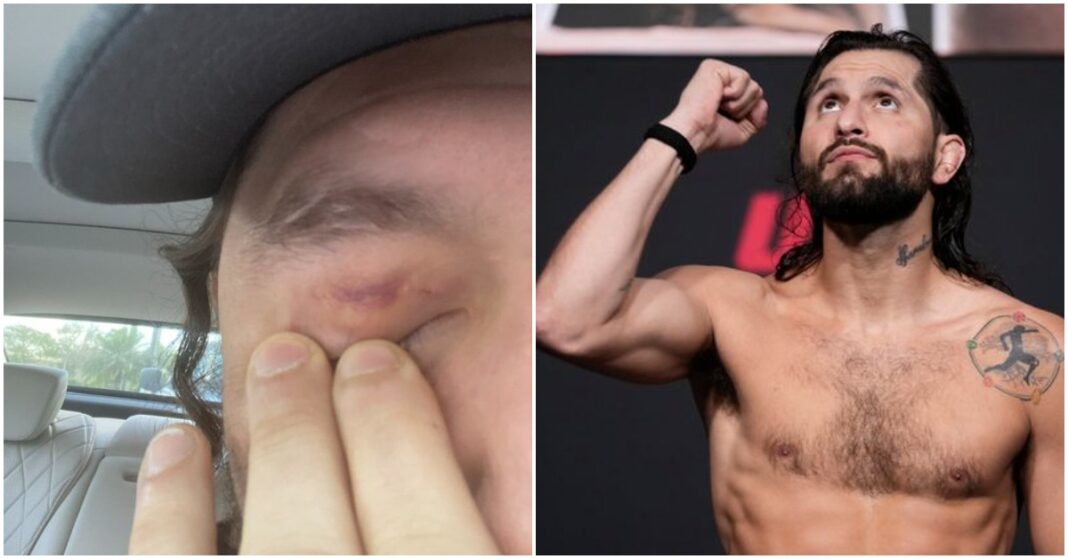 Following his loss against arch-rival Colby Covington, ‘Gamebred’ expressed his frustration with referee Herb Dean for not calling the eye pokes. Masvidal, who is as tough as they come even expressed how much pain the eye pokes had caused him

“The eye poke was pretty bad, man.” Masvidal said at the UFC 272 post-fight preconference, “The only thing that’s hurting right now is the fucking eye, my eye’s still throbbing right now. I’ve had a couple of mishaps at Herb Dean, I just don’t get it why he didn’t fix the action. He [Covington] threw a punch, missed, and immediately just jabbed me in the fucking eyeball.

“I’m not gonna take nothing away from him winning the fight, cause that was just one sequence but it would’ve been cool if he [Dean] stopped it there and I would’ve gotten my breathing to restart, because he [Covington] poked the shit out of my eye.”

A near week on from the bout, the effects of the eye pokes are visible, the BMF champion shared a photo of his badly bruised eye; slamming Covington for his dirty tactics.

‘Almost took eyes out but all good u cheating fuck see u soon,” Masvidal wrote on social media.

When Will the Jorge Masvidal Vs. Colby Covington Beef End?

The majority of the time, when we see fighters enter the octagon with some kind of animosity with each other, usually afterward they find some way to ‘hug it out’, and some mutual respect is formed. This is not the case with Masvidal and Covington, the former roommates turned rivals, even just seconds after the fight were jawing back and forth; almost certainly the fight would have continued without the presence of security.

In the days following, the insults have not stopped, particularly from the victor Covington, who has posted daily to his Instagram of the boat, usually an action shot of him hitting Masvidal. Captions like ’50-44′, ‘not even a scratch from that backstabbing bum Street Judas. Easy money and ‘Street Judas’ career in critical condition, might not make it.’ have all been used by Covington.

Masvidal has also promised to attack Covington every time he sees him from now on, it seems as this feud is not going away any time soon and has gone beyond just MMA.

What do you think about Colby Covington’s eye pokes on Jorge Masvidal?